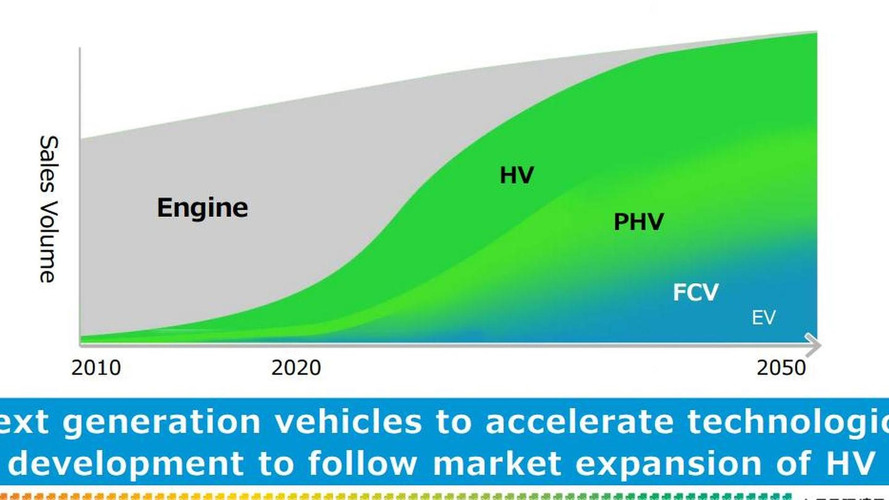 Toyota has unveiled their Environmental Challenge 2050 plan which lays the groundwork for the company's future product lineup.

Toyota has unveiled their Environmental Challenge 2050 plan which lays the groundwork for the company's future product lineup.

Designed to show how the company can reduce their global average new-vehicle CO2 emissions by 90 percent by 2050, the plan calls for Toyota to focus on the development of hybrid, plug-in hybrid, electric and fuel-cell vehicles.

As part of this initiative, Toyota wants to sell more than 1.5 million hybrids and more than 30,000 fuel cell vehicles annually by 2020.

Toyota is also "pushing for further advances related to electrified powertrains" in order to develop next-generation plug-in hybrid and electric vehicles.  The company was coy on specifics but confirmed they want to nearly triple the energy density of current high-capacity lithium-ion batteries.

Interestingly, the plan also calls for the virtual elimination of conventionally powered petrol and diesel models by 2050.