This could be the rumored Porsche 911 R; apparently sold out already 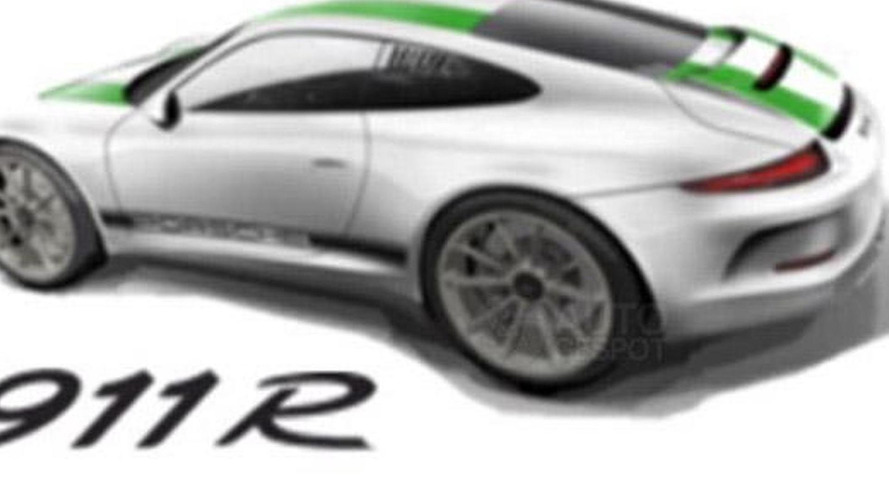 We could be looking at the very first official image (or better said, render) of the rumored Porsche 911 R.

We could be looking at the very first official image (or better said, render) of the rumored Porsche 911 R.

The limited-run model is believed to go official sometime next year, but apparently it has already reached sold out status and one of the customers has confirmed the leak is indeed the real deal. Although this low-resolution image has a crappy quality and is a bit disproportionate, we still manage to get an idea of what to expect from the retro-flavored 911 R which will probably be out in time for the original model's 50th anniversary.

Power is believed to come from the 911 GT3, so expect to find a six-cylinder 3.8-liter naturally aspirated motor with 475 PS (349 kW) and 438 Nm (324 lb-ft) of torque. Unlike the GT3 which has a seven-speed dual-clutch automatic transmission, the R version is believed to come with a six-speed manual gearbox to the delight of purists and word on the street says it will ride on skinnier tires. While the 911 GT3 weighs 1,430 kg (3,152 lbs), the R version is supposed to be significantly lighter, but it's not known at this point how the weight loss has been achieved.

There's no word on pricing just yet, but the rumor mill says Porsche plans on making 600 units.

Gallery: This could be the rumored Porsche 911 R; apparently sold out already