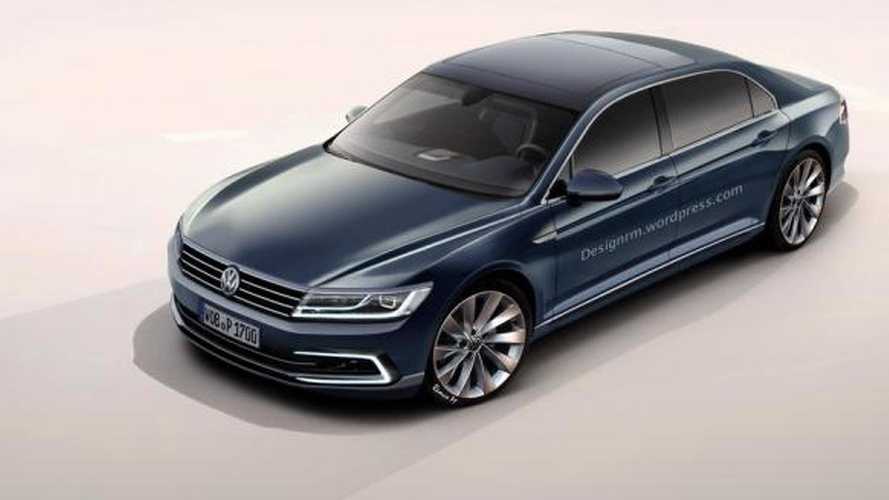 Safe from being cut due to the ongoing dieselgate, Volkswagen's upcoming second-gen Phaeton will spawn a fully electric derivative.

Safe from being cut due to the ongoing dieselgate, Volkswagen's upcoming second-gen Phaeton will spawn a fully electric derivative.

The announcement was made today by the board of management and they promise "long-distance capability" for the purely electric range-topping model of the Volkswagen core brand. They say it will get an "emotional design" and will be packed with the next generation of assistance systems along with the newest crop of connectivity solutions.

Volkswagen isn't saying when the new Phaeton will come out, but they do mention it will "once again be the flagship for the brand's profile over the next decade." This probably means a market launch is scheduled closer to 2020, although previous reports stated a 2018 release for the full-size sedan. Chances are the EV version will be launched later during the model's life cycle as an alternative to the W12-powered variant already confirmed by Volkswagen.

We remind you earlier this year we heard VW has plans to make the new Phaeton more comfortable than the Mercedes-Benz S-Class and it could also boast a semi-autonomous driving system working at speeds of up to 37 mph (60 km/h).

The current Phaeton is Volkswagen's slowest selling model on sale, so we are very curious to find out if the new one will be successful, especially since there's a new Audi A8 around the corner.