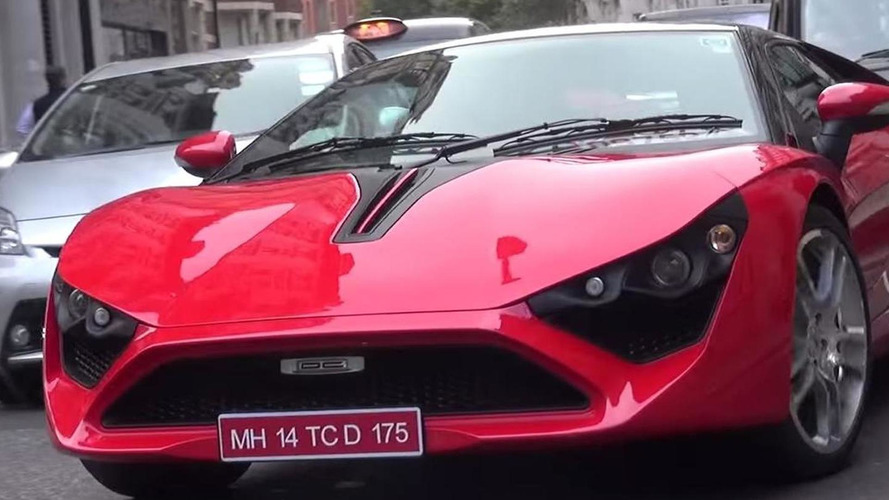 The India-made DC Avanti has been spotted recently while cruising on the streets of London, UK.

The India-made DC Avanti has been spotted recently while cruising on the streets of London, UK.

London is like a rolling auto show as this is a top city to see the latest and greatest vehicles, but even so this more humble DC Avanti managed to grab a lot of attention. That's mostly because the bystanders haven't seen the car before since it is virtually unknown outside its home country India. This is a rear-wheel drive sportscar powered by a Renault-sourced 4-cylinder, 2.0-liter turbo engine producing 248 bhp (185 kW) and 250 lb-ft (340 Nm) of torque sent to the road through a 6-speed manual transmission.

It tips the scales at 1,580 kg (3,483 lbs) and will need 6 seconds to cover the 0-62 mph (0-100 km/h) sprint before topping out at an electronically-governed 112 mph (180 km/h). These figures are far from being impressive compared to the European crop of hot hatchbacks, but it's still a commendable effort coming from India, although the design probably doesn't suit a lot of Euro tastes.