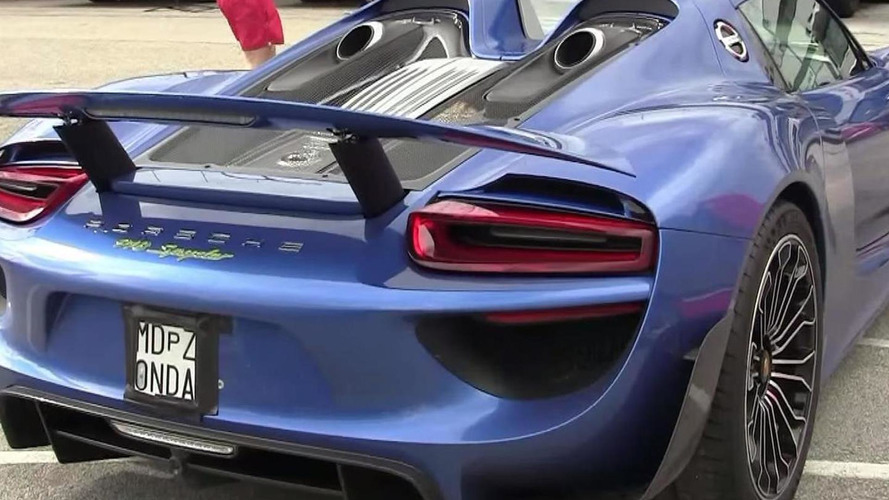 He spotted the car during the latest Ultracar Sports Club track day event at Modena in Italy where Horacio Pagani arrived with his son in the new 918 Spyder and their Zonda S. They took delivery of the car less than a week ago and the first to test it on track was his son who did a few laps with the hybrid machine which has a combined output of 887 PS (652 kW) and a maximum torque varying between 917 Nm (676 lb-ft) and 1,280 Nm (944 lb-ft), depending on gear ratio.

Only 918 units were ever made and some cars like this Sapphire Blue example came with an optional Weissach Package. Production of the model ended in June after 21 months on the assembly line and all have a detachable hard top, with the exception of Ferdinand Piëch's car that was spotted a few months ago with a fixed roof.