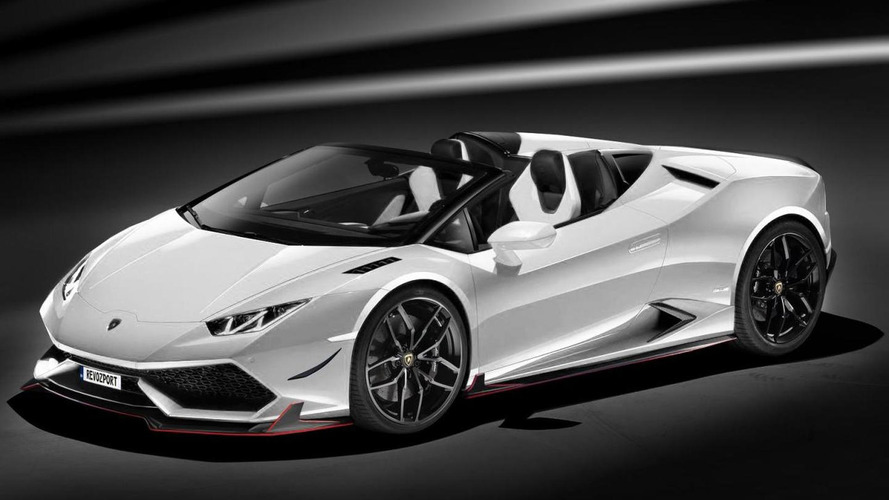 Upgrading an already impressive supercar is a difficult job, but RevoZport managed to do just that as their engineers bumped output of the V10 5.2-liter naturally aspirated engine by a significant 90 PS (66 kW) to a grand total of 700 PS (515 kW) without having to slap on a turbocharger. This was possible by improving the intake system, remapping the motor's ECU and adding an F1-grade inconel exhaust which weighs just 7 kg (15 lbs) and is six times more efficient at eliminating gases in comparison to a titanium exhaust.

Even more impressive is the fact they managed to shave off no less than 100 kg (220 lbs) compared to the regular Huracan by making extensive use of carbon fiber for the hood, doors, fenders, front splitter, side scoop extensions and the GT spoiler. The rear diffuser is also made from the same material and incorporates flaps which can be lowered to boost downforce by pressing a button mounted inside the cabin.

All of these goodies are also available for the recently introduced Huracan Spyder which compared to the coupe also comes with carbon fiber cross frame inside both doors to further boost rigidity.

RevoZport is already taking orders for their Razmig package which can be ready for delivery in two weeks.