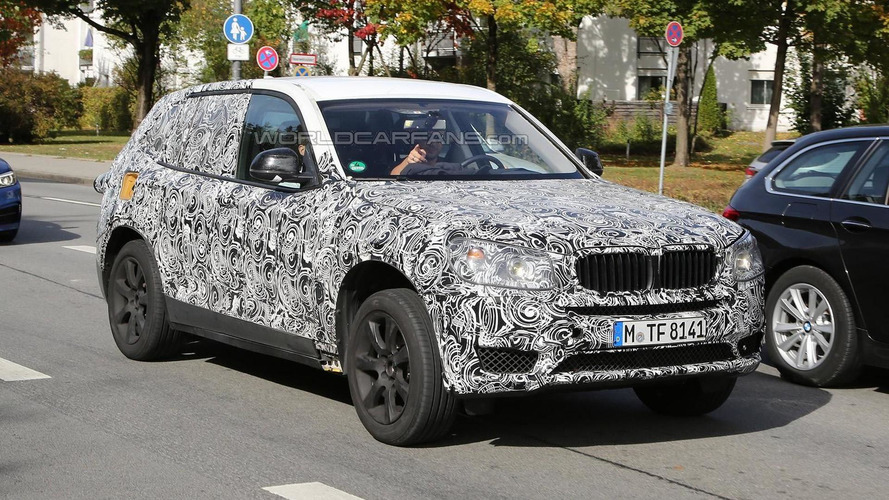 It was back in March when our spy photographers caught the third-gen X3 (codenamed G01) on camera in Scandinavia and now it's back in a new series of shots closer to BMW's home, but nothing has really changed in the meantime as this is still an early prototype with a full body camo and without the production-spec lighting clusters. Despite the full disguise, we expect the new X3 to look very similar to the outgoing model as BMW's designers will only make a few subtle changes here and there.

It will ride on BMW's newly developed CLAR platform which should shave off some weight even though the crossover could grow a little bit in size and offer a more accommodating cabin while those who need more room will have to wait for the long wheelbase derivative (codenamed G08) although that will likely end up to be a China-only affair.

The standard X3 is programmed to go on sale in Europe in the second half of next year and could spawn a fully-fledged X3 M version in 2018 or so with the M3's engine. Those who value fuel economy will likely wait for the plug-in hybrid version which we believe will borrow the hardware from the 330e or use an adaptation of the system implemented in the larger X5 xDrive40e.

Look for an official reveal about a year from now at the 2016 Paris Motor Show, with sales commencing shortly thereafter.