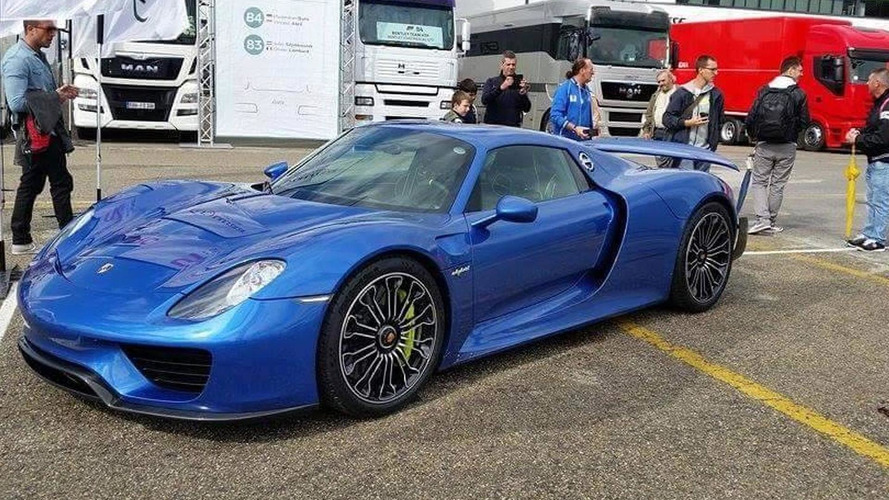 This lovely blue Porsche 918 Spyder equipped with the optional Weissach Package is believed to be owned by none other than Horacio Pagani.

This lovely blue Porsche 918 Spyder equipped with the optional Weissach Package is believed to be owned by none other than Horacio Pagani.

Featuring a very interesting license plate, this brand new 918 Spyder was seen recently at an Ultracar Sports Club event at the Missano Circuit in Italy and according to various reports the car belongs to Pagani founder Horacio. He seems to have a soft spot for flagship Porsches as he also owns a Carrera GT sitting in the garage alongside a Ford GT and a Zonda F.

As a reminder, Horacio Pagani was seen last year driving a McLaren P1 by MSO and at that point it was believed he did this purely for benchmarking since Pagani has been working for quite some time on a more hardcore version of the Huayra.

With his recent acquisition, Horacio Pagani joins an exclusive club of only 918 owners among which we mention former F1 driver, Mark Webber, IndyCar pilot Graham Rahal, comedian Jerry Seinfeld and car collector Paul Bailey, with the latter being among the very few who also have the LaFerrari and P1.