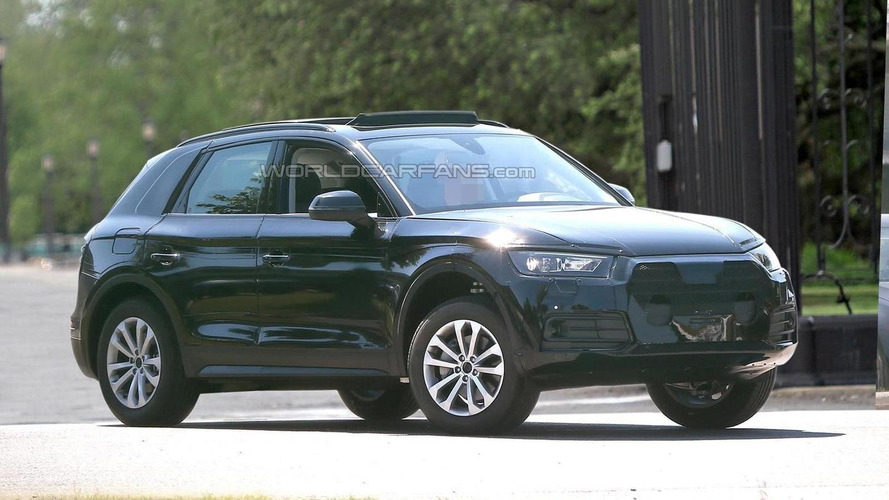 This is our best look so far at Audi’s second generation Q5 crossover set to go on sale next year.

This is our best look so far at Audi's second generation Q5 crossover set to go on sale next year.

At a first sight this appears to be a virtually undisguised Q5 prototype, but upon closer inspection you will notice it still carries a significant amount of disguise painted in the same black hue as the car. Many will say this was a futile effort from Audi since we all know the new Q5 will look pretty much like a smaller Q7, but maybe the team from Ingolstadt will surprise us with something new now that Marc Lichte is in charge of the styling, although the first production car to be entirely designed by him will be the 2017 A8.

Although we can't really tell from these images, expect the new Q5 to be a tad bigger than the outgoing model in order to distance itself from the Q3. Bigger isn't necessarily better, but in this case it will be since the larger size will enable a roomier cabin thanks to the stretched wheelbase providing extra legroom for rear passengers and perhaps a little bit more headroom as well.

Despite its larger footprint, the new generation will bring a substantial weight loss thanks to the MLB Evo platform shared with the latest A4 (B9) from where it will inherit the engines. The high-powered SQ5 will likely be back in both diesel and gasoline flavors, possibly packing more punch than the current versions which have 340 PS & 700 Nm in the SQ5 TDI plus and 354 PS & 470 Nm in the SQ5 TFSI.

It's important to mention that while the outgoing Q5 is built at home in Germany, the new one will be assembled at a newly established factory in San José Chiapa, Mexico. Based on this, we assume Audi will decide to show us their all-new Q5 at a major auto show in North America, possibly at NAIAS in Detroit in January although that might be too soon, so a more probable debut is at the New York Auto Show three months later.