Dieselgate is now a Halloween costume 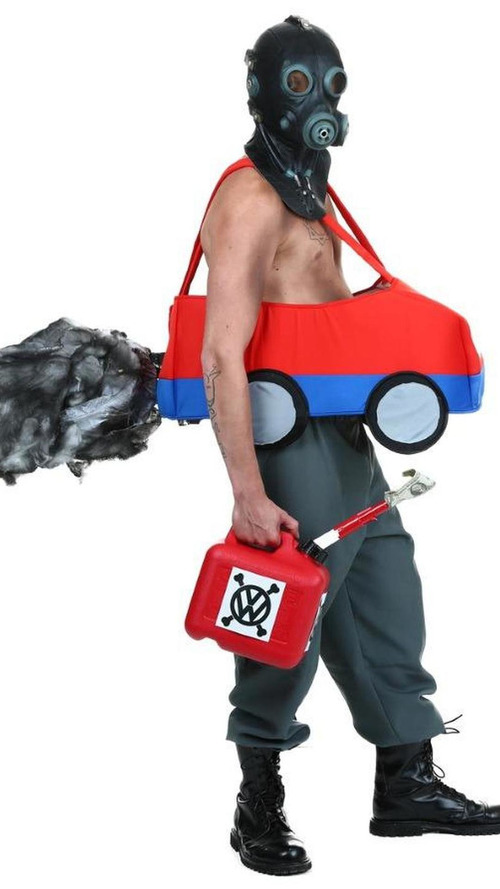 Halloweencostumes.com has released instructions on how to create your own dieselgate-inspired Halloween costume.

Halloweencostumes.com has released instructions on how to create your own Dieselgate-inspired Halloween costume.

Created using a variety of different components - including a Video Game Car costume, a deluxe smoke mask, spider web decor, a toilet paper tube and black spray paint - the costume is being billed as one of the year's  best "attention getting cringe costume" ideas.

The assembly process is relatively straight forward as the only major change is the creation of a tailpipe with a diesel exhaust plume.  This involves making a fluffy 'cloud' of spider webbing, spray painting it black and then attaching it to the car costume via the toilet paper tube which doubles as a tailpipe.