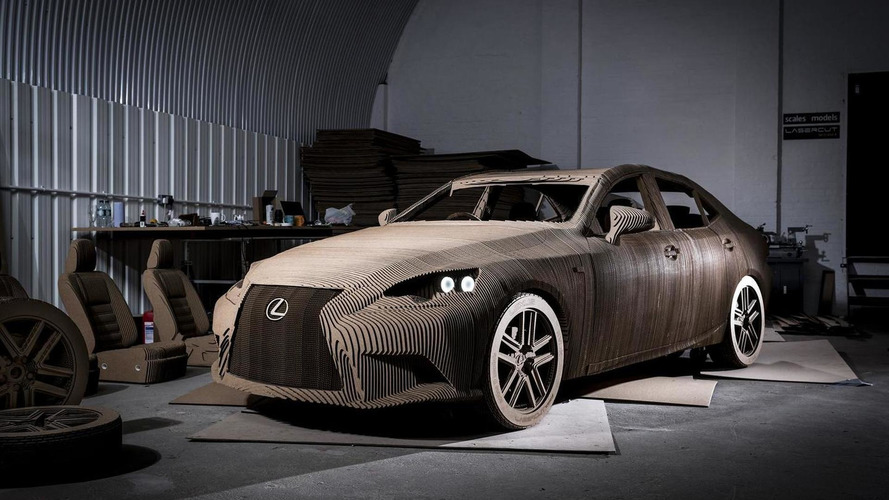 Lexus has created a life-size replica of the IS sedan by using no less than 1,700 fully recyclable laser-cut cardboard sheets.

Lexus has created a life-size replica of the IS sedan by using no less than 1,700 fully recyclable laser-cut cardboard sheets.

Developed to celebrate the skills of Lexus's takumi craftsmen and women, this is actually a drivable 1:1 replica of the IS sedan made from 1,700 sheets each 10mm thick and cut using a laser. To make sure the assembly sequence is done right, Lexus had to provide a reference number to each sheet before manually starting to put all of them together using a water-based/wood glue which had to be left to set for ten minutes after each application.

It took no less than three months to assemble the Lexus IS full-size origami replica which can be driven thanks to an electric motor installed on the car's steel and aluminum frame. LaserCut Works and Scales and Models was in charge of the project and they used sheets from DS Smith while Lexus gave them a digital 3D model of the IS so that it would be perfectly replicated.

Starting October 8, the life-like Lexus IS origami replica will be showcased at the NEC in Birmingham, UK.