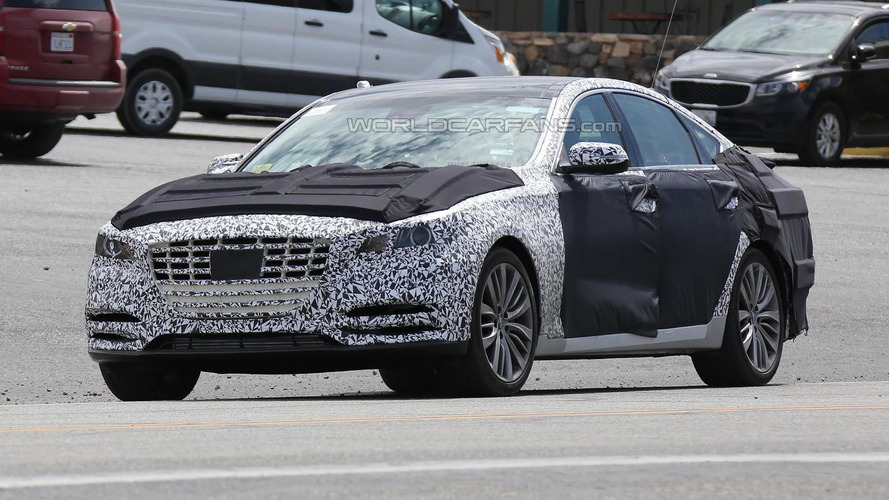 Our spy photographers based in United States have caught on camera a heavily camouflaged prototype of the Hyundai Genesis facelift.

Our spy photographers based in United States have caught on camera a heavily camouflaged prototype of the Hyundai Genesis facelift.

Towards the end of last month we saw the revised Genesis near the Nürburgring in Germany and now time has come to check out a US-spec example fitted with a quad exhaust system. It still has the grid-like front grille and a lot of disguise to change the cosmetic tweaks which are coming relatively soon taking into account the model was introduced less than two years ago.

The biggest change will occur under the hood where the 5.0-liter V8 normally aspirated engine will allegedly be dropped in favor of a twin-turbocharged V6 featuring a 3.3- or a 3.8-liter displacement. Output of the new turbo will reportedly stand at 420 bhp (313 kW), thus matching the current motor but obviously with significantly reduced fuel consumption and emissions.

Expect the Hyundai Genesis facelift to be launched in the second half of next year as a 2017MY. 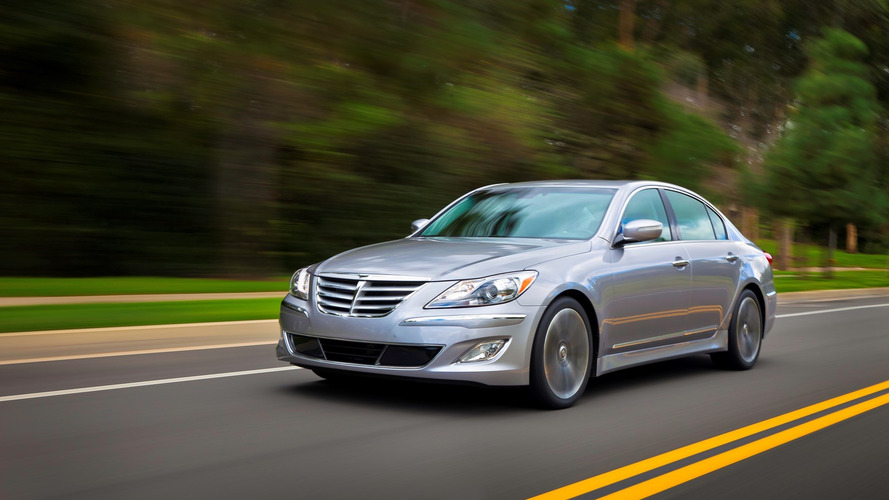