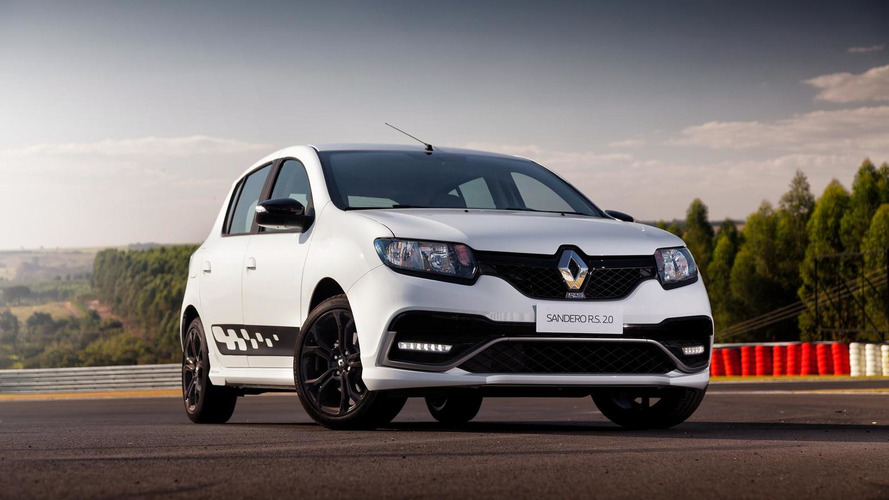 Renault Sport has released a new video of their latest product, the Sandero RS 2.0.

Renault Sport has released a new video of their latest product, the Sandero RS 2.0.

Fun cars don't necessarily have to be very fast and expensive and Renault is trying to prove that by bringing back the glory days of the low-budget hot hatches with the Sandero RS. It's a no-frills punchy supermini that unlike most of today's performance cars that have a turbo engine, this one is powered by a 2.0-liter naturally aspirated engine with 145 bhp (108 kW) on tap working with a simple six-speed close-ratio manual gearbox.

Aside from being cheap to buy, it's also affordable to maintain and can be an optimal solution for those who are on the look for a fun car but are on a strict budget. However, Renault currently doesn't have plans to sell the Sandero RS outside Latin America, but maybe in the future they will change their minds and slap on the Dacia badge for Europe.

It's the first model developed by Renaultsport outside the old continent and aside from the stronger engine it also has a more aggressive design with 17-inch wheels, a rear diffuser, a rear spoiler improving downforce, along with a re-tuned suspension, rear disc brakes and dual exhaust tips. It also has an RS button which allows the driver to choose between three modes: standard, Sport and Sport Plus, with the latter tailored to track use as it unlocks the car's full potential and deactivates the stability and control systems.