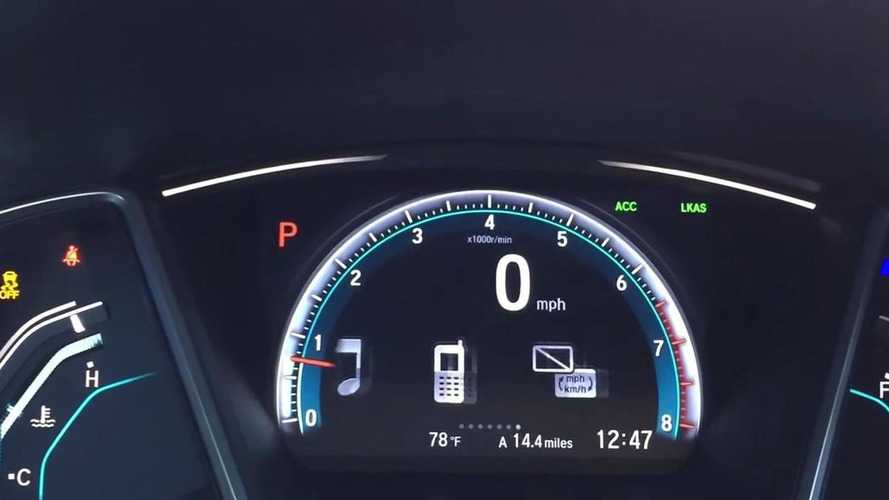 A member of the CivicX forums has recently uploaded a walkaround video with the tenth generation Honda Civic Sedan in Touring trim.

A member of the CivicX forums has recently uploaded a walkaround video with the tenth generation Honda Civic Sedan in Touring trim.

It's the best look we've had so far of the all-new Civic in real life as we get a very detailed exterior and interior presentation of what appears to be a pre-production Touring version. The cabin certainly looks more upscale compared to the outgoing model while the fully digital instrument cluster dials are a nice touch and together with the generous touchscreen display of the infotainment system make the tenth-gen Civic a more desirable product in the highly competitive compact sedan segment.

This particular example comes nicely equipped with heated rear seats, rearview camera, leather upholstery, electric parking brake and a sunroof while under the hood it's the brand new four-cylinder, 1.5-liter turbocharged gasoline engine which produces around 173 bhp (129 kW) and works with a continuously variable transmission specifically tuned for this motor.

The 2016 Honda Civic Sedan is programmed to arrive at the Los Angeles Auto Show starting November 20 when the event will open its doors to the public.