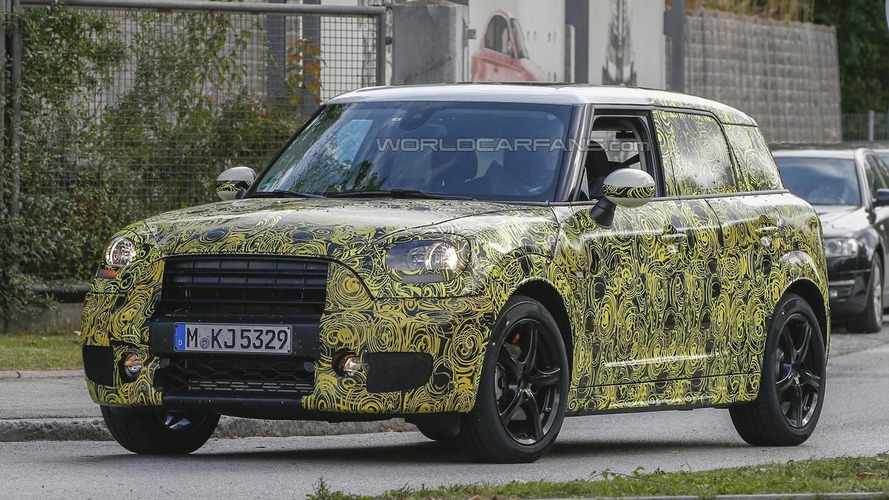 Our spies have sent us another batch of images with a camouflaged prototype of the second-gen MINI Countryman.

Our spies have sent us another batch of images with a camouflaged prototype of the second-gen MINI Countryman.

MINI insiders are saying the overhauled Countryman will be an "authentic SUV" which means it will look considerably more rugged than its predecessor. We still can't figure out if this is true or not as the prototype spotted here was wearing a significant amount of disguise to hide the exterior design. It is believed the second-gen will take cues from the MINI All4 Racing and the body will be elongated by around 10 mm while width is set to increase by 150 mm.

As expected, the new Countryman will ride on the UKL platform and will have a standard front-wheel drive system but the more expensive versions will employ an AWD setup. The model is codenamed "F60" and will use the familiar 3- and 4-cylinder turbo gasoline and diesel engines, with a hotter S version available from day one while a range-topping John Cooper Works (JCW) will be out later during the model's life cycle.

The all-new Countryman is expected to show up by the end of next year and apparently MINI is thinking about a more rugged version with proper off-road capabilities, but this model has not received the green light of approval just yet.