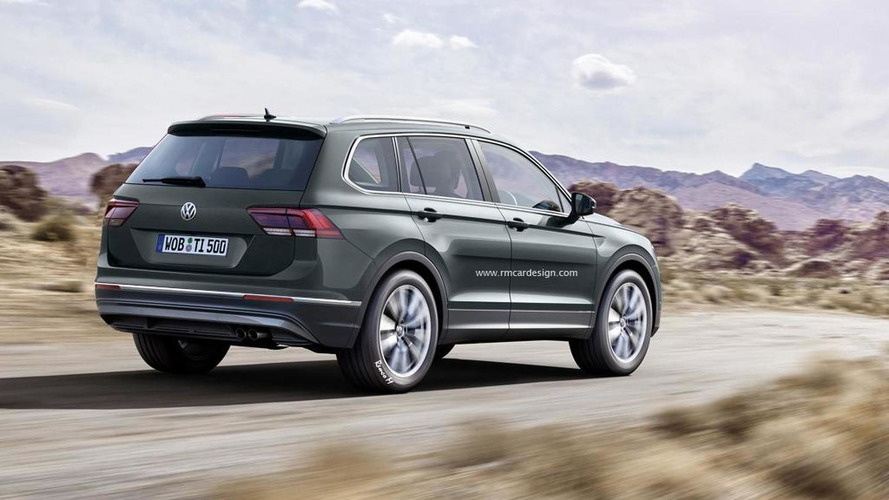 Remco Meulendijk of RM Design has digitally stretched the new Tiguan to turn it into a seven-seater.

Remco Meulendijk of RM Design has digitally stretched the new Tiguan to turn it into a seven-seater.

Volkswagen just came out with the second generation Tiguan compact crossover which compared to its predecessor is 60 mm longer and 30 wider, but the growth won't stop there as a bigger version has already been confirmed and will be built in Mexico starting late 2016. It will come with a longer wheelbase to enable a more spacious cabin that will feature a seven-seat arrangement.

The model will be produced at the Puebla factory and Volkswagen says they will sell the seven-seat Tiguan in North and South America and other regions of the world, but not in China and Europe. It's not hard to imagine how it will look like since it's highly unlikely Volkswagen will make any significant design changes compared to the standard five-seater.

The Tiguan lineup expansion will not end with the seven-seater as Volkswagen is also working on a 2017 coupe-ified version which itself is believed to spawn a 300 bhp R version a year later.