The lighter, less powerful Honda impresses on the track.

While the world continues to fill up with crossovers, SUVs, and trucks, automakers continue to offer a healthy diet of fun-to-drive cars. It’s not a label held by a few, as Honda, Volkswagen, and BMW all like to play in a similar space. The BMW is the outlier, but line up the M240i, Volkswagen Golf R, and Honda Civic Type R, and the battle lines begin to blur.

The one to beat on paper is the BMW M240i. The coupe packs BMW’s turbocharged 3.0-liter straight-six engine, which turns out 374 horsepower (278 kilowatts) and 368 pound-feet (500 Nm) of torque that powers all four wheels. It has a big advantage over the Honda Civic Type R, which only powers its front wheels with a turbocharged 2.0-liter four-cylinder engine that makes 320 hp (238 kW) and 309 lb-ft (420 Nm) of torque. It is also the lightest of the bunch.

The BMW and Volkswagen’s advantage is instantly on display in the first moments of the first race. The two lunge from the line, leaving the Honda struggling for traction. A second race has the Honda getting a better start, but it still trails the other two, with the BMW crossing first in 12.5 seconds. The VW finished right behind it with a 12.7-second time, while the Honda needed 14.2 seconds to complete the quarter-mile run.

The Honda rebounds with the rolling races, where BMW and VW’s all-wheel-drive advantage disappears. The Honda keeps up with and then passes the VW, crossing the finish line right behind the BMW. However, the second rolling race is much closer, with the VW beating the Honda by a sliver.

There’s little chance of beating all-wheel drive, especially from a standing start. However, the Honda showed that it has the power to keep up with the others – it just needs to get going first. AWD would likely put it on par with the other two, but it’d increase cost and weight. 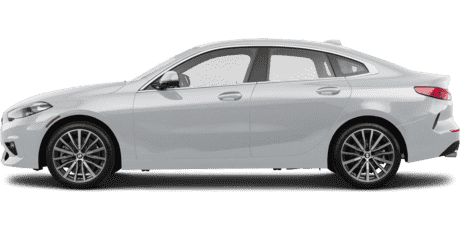