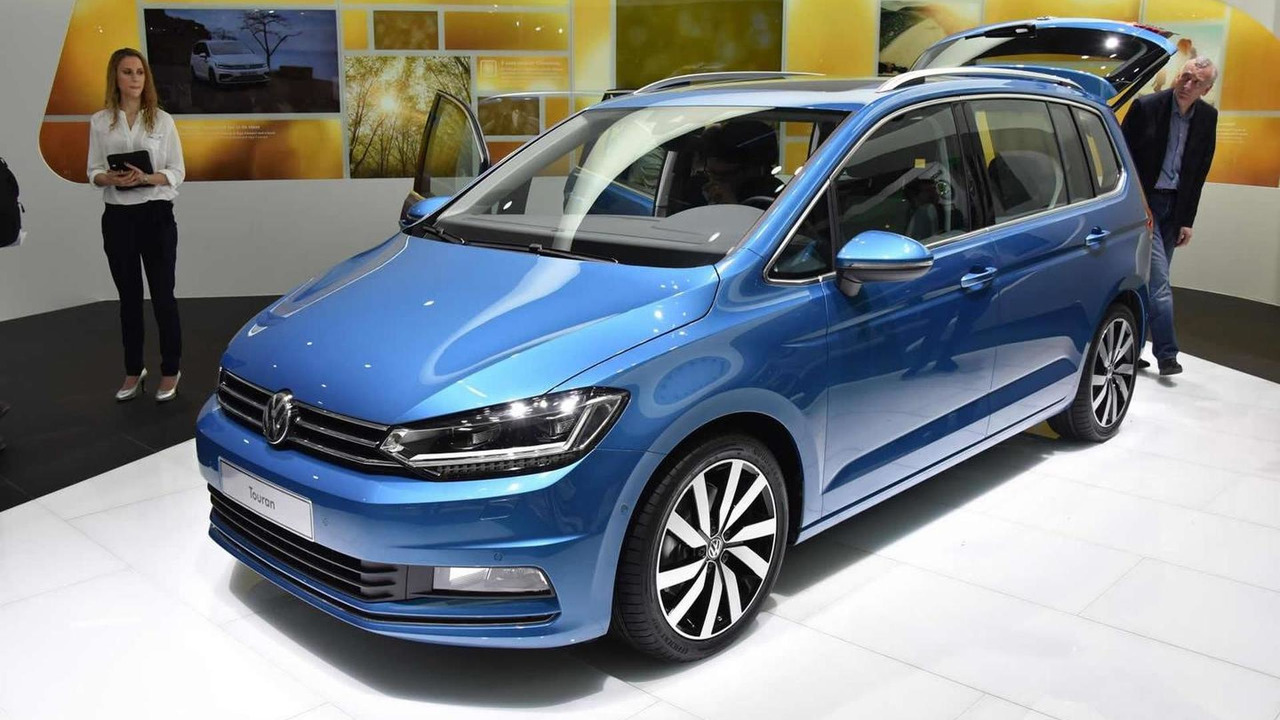 Volkswagen has opened the order books for the new Touran which kicks off at €23,350 in Germany.

Volkswagen has opened the order books for the new Touran which kicks off at €23,350 in Germany.

The second generation of VW's compact MPV made its debut earlier this year at the Geneva Motor Show showing an evolutionary design and a larger footprint as it is 130 mm longer than the old one. Most of the added length has been implemented in the wheelbase which is now 113 mm longer while the trunk's capacity has jumped by 48 liters to 1,040 liters with the seats up and a massive 1,980 liters when the rear seats are folded flat.

Despite being bigger than before, the second-gen Touran is 62 kg (136 lbs) lighter thanks to the MQB platform borrowed from the Golf VII. It can be had with optional full LED headlights, tri-zone automatic climate control system and the latest generation infotainment system with support for Android Auto, CarPlay and MirrorLink.