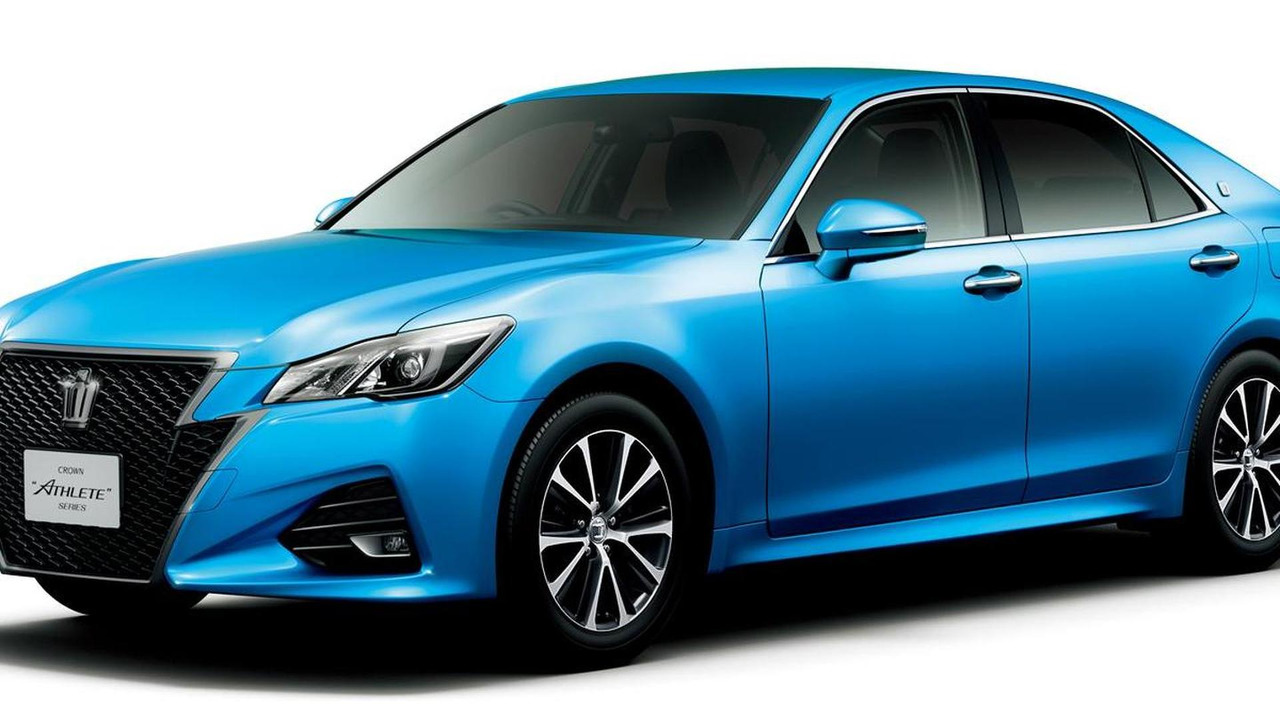 The nip & tuck has been applied on all three series of the Crown, starting out with the Athlete which now has a mesh pattern for the front grille, along with full LED headlights, larger ring-shaped taillights along with some changes inside the cabin such as the agate laminate decorative paneling and a Prussia Blue theme for the turbo models.

Up next, the Crown Royal has a beefier front bumper and horizontal gills for the larger grille which makes use of more chrome also applied around the fog lights. On the inside, Toyota has implemented a lattice patterned panel based on a detailed wood-grain finish and they also offer a new black theme with brown accents.

As for the Crown Majesta, it gets an optimized front & rear suspension, reinforced rigidity of body junctions, a self-restoring clear coat and ITS Connect. The latter is billed as the world’s first driver assist function that uses a dedicated ITS frequency (760 Mhz) to share and receive data sent by other vehicles and external infrastructure.

Toyota is also launching a four-cylinder, 2.0-liter turbocharged gasoline engine but it can only be had on the Athlete and is available exclusively with an 8-speed automatic transmission. Output figures have not been specified, but most likely it’s the same engine installed on several recent Lexus models, so it likely develops 245 PS (180 kW) and 350 Nm (258 lb-ft) of torque. Toyota does say the Crown Athlete equipped with this engine does 13.4 km/L in Japan’s JC08 test cycle.

Lastly, all three versions of the Crown benefit from retuned shock absorbers and bushings along with improvements for the Adaptive Variable Suspension System (AVS) and Electric Power Steering (EPS) control systems.