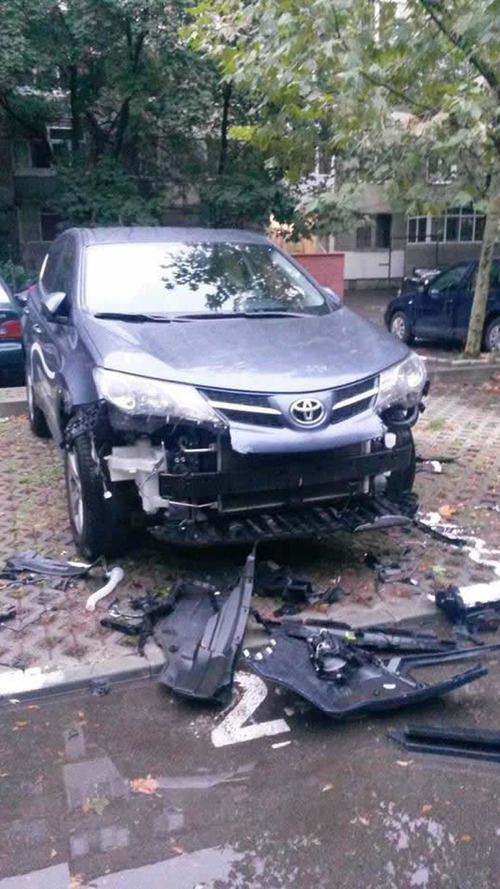 This helpless Toyota RAV4 was basically served as dinner on Monday night by a pack of starving dogs.

This helpless Toyota RAV4 was basically served as dinner on Monday night by a pack of starving dogs.

It happened in Romania's capital Bucharest and we can only imagine the owner's reaction when he found his car in such a bad condition the next morning. Although it's 2015 and Romania is a member of the European Union, homeless dogs are still a major issue over there and are very dangerous when they're hungry. Thankfully, this time they only attacked a car but in the past there have been many cases with people injured or even killed by starving dogs.

Needless to say, his car insurance won't cover the damages, so he either decides to sue the local municipality or pay for the damages himself. A new front bumper will obviously be on the repair bill and there also might be some other minor bits and pieces in need of a replacement to get the Toyota RAV4 back in shape.