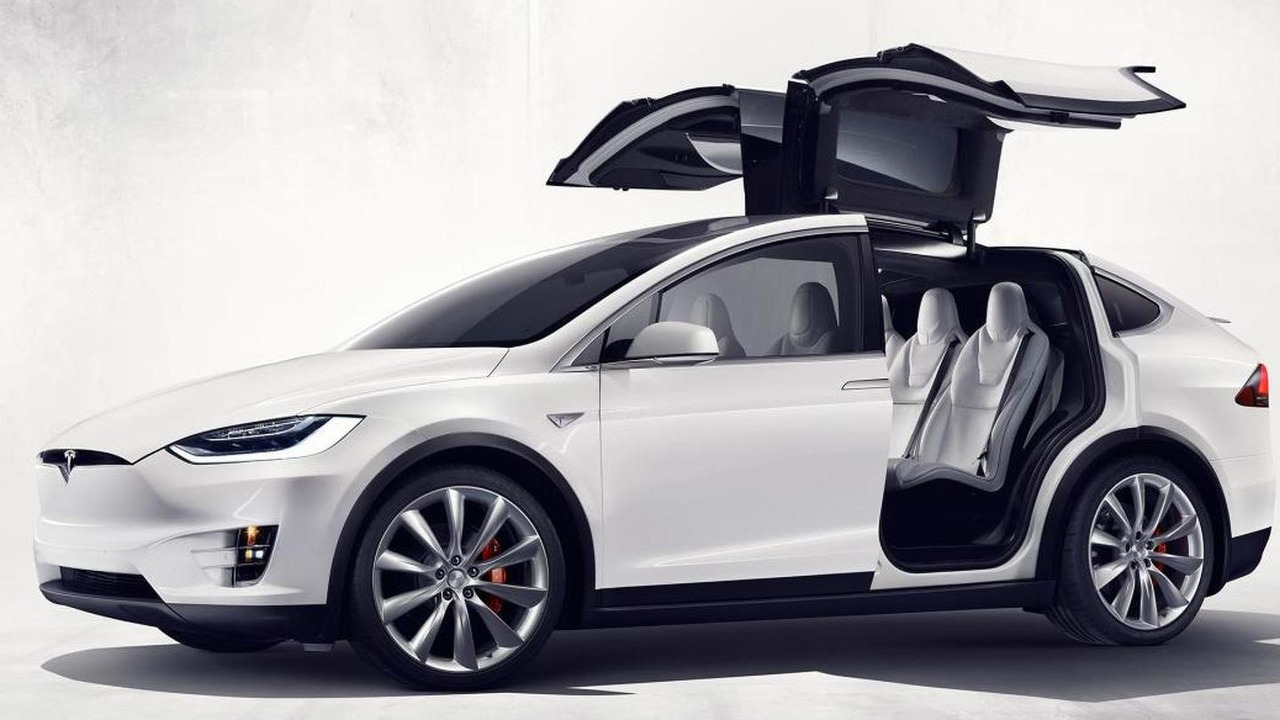 Tesla has finally unveiled the Model X electric SUV at a special event in its Freemont factory, California

Tesla has finally unveiled the Model X electric SUV at a special event in its Freemont factory, California.

The first fully electric production SUV in the world has familiar design with LED headlights and taillights and sloping roofline. Tesla claims the machine has a drag coefficient of 0.24, thanks to its sleek profile and an active rear spoiler that deploys to one of three preset positions when the car is in motion.

One of the most distinctive features of the Model X are the Falcon Wings doors that allow easy access to second and third row seats from any parking space. Other notable option is the “largest windshield in production” that provides panoramic visibility to the driver and all passengers.

Inside the cabin there are 7- or 6-seat layouts with two seats configurations - 2+3+2 and 2+2+2. The third row seats fold flat when not in use, while the second row seats are designed to “maximize passenger comfort, legroom, under seat storage” and are “a work of art”. The dashboard features a giant portrait-format screen, just like the Model S.

The electric vehicle has a floor-mounted battery pack that lowers the center of gravity and also strengthens the structure of the body against side impact intrusions. Without having a gasoline engine, the large front trunk acts as a big impact-absorbing crumple zone.

Other notable options include air suspension, active safety system working with camera, radar and sonar systems and automatically applying brakes in an emergency even at highway speeds, pollution free climate system with "bioweapon defense mode" that creates "positive pressure inside the cabin to protect occupants", etc.

If you put an order for the new Model X right now, your vehicle will be delivered in the second half of 2016.