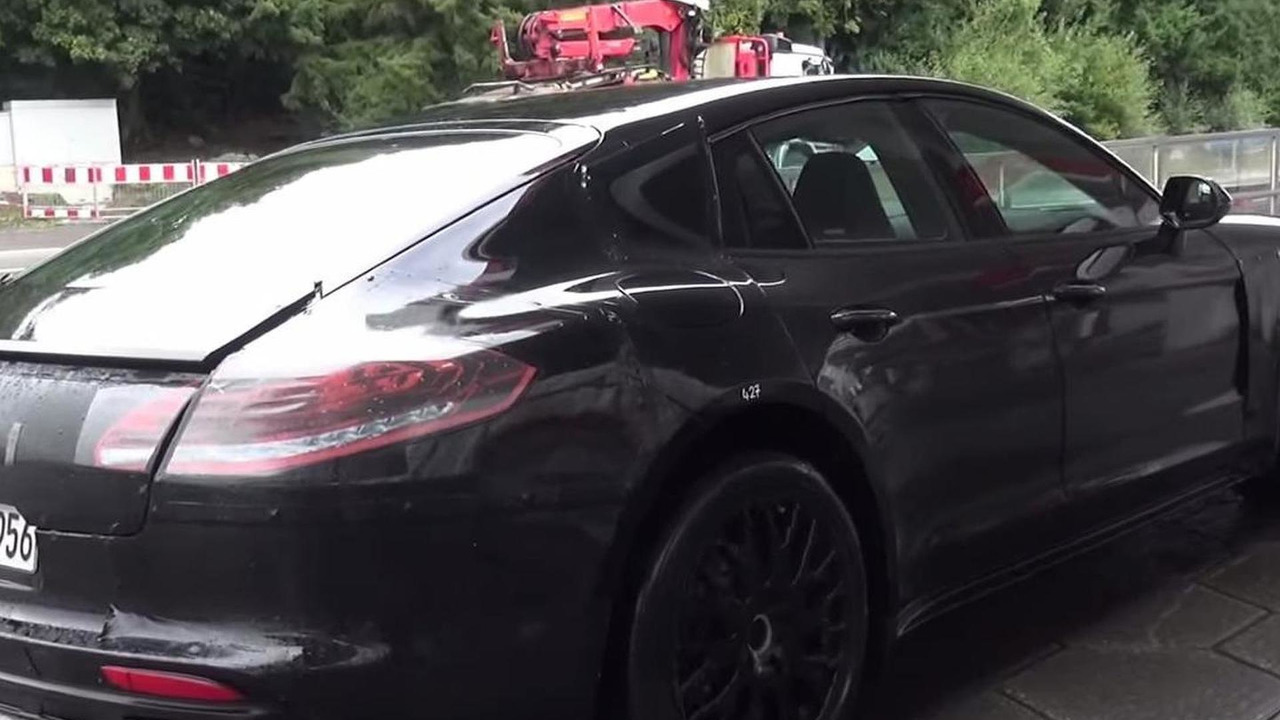 A lightly camouflaged prototype of the second-gen Porsche Panamera has been spotted in Germany.

A lightly camouflaged prototype of the second-gen Porsche Panamera has been spotted in Germany.

We are not entirely sure, but this appears to be the hybrid version as it looks a lot like previous prototypes that showed two fuel caps. The body-colored disguise on this car might trick you into believing that not much has changed compared to the outgoing model, but once the camo will come off, expect the rear end to be significantly sleeker thanks to the more sloped roofline that will make the Panamera look less bulky when viewed from behind.

The front half of the car will only go through some subtle cosmetic tweaks while underneath the skin there's going to be a brand new MSB platform expected to put the Panamera on a strict weight watchers diet that will remove as much as 91 kg (200 lbs) as a result of using more aluminum and high-strength steels.

Porsche has already confirmed the all-new Panamera will be introduced in March 2016 at the Geneva Motor Show, but they will probably wait a little bit before coming out with the hybrid derivative.