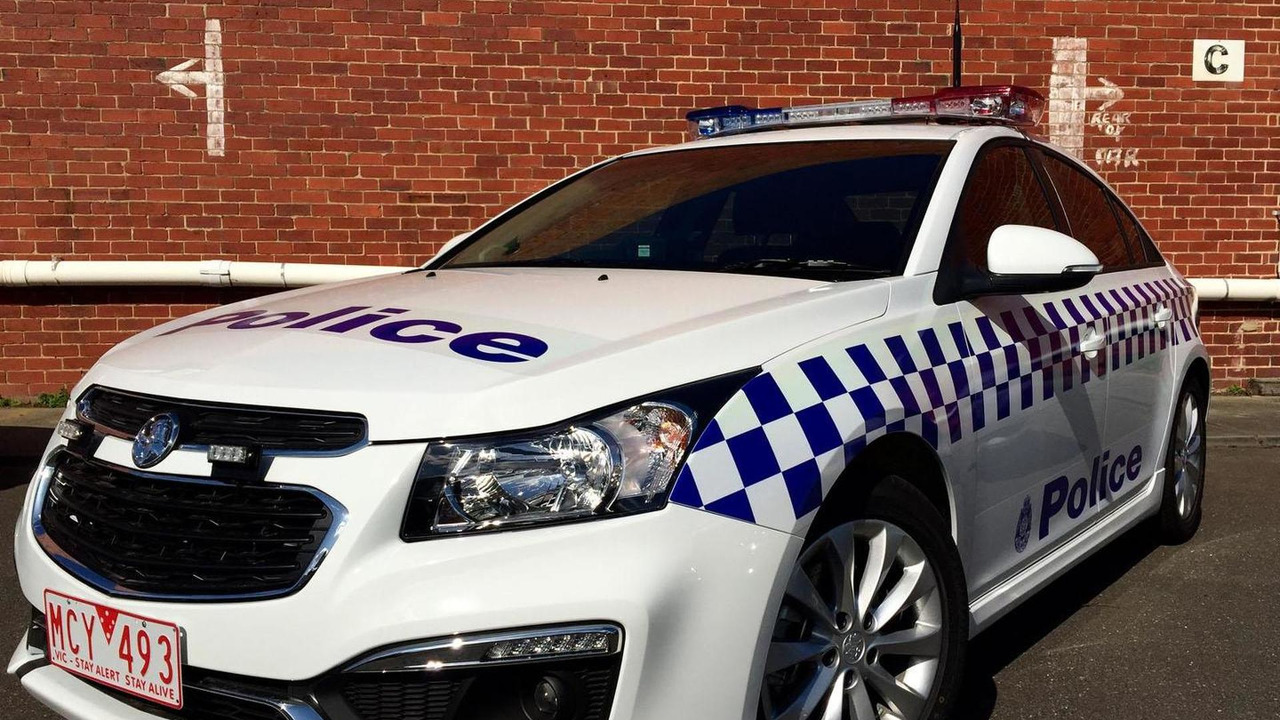 Holden has announced the Victoria Police has taken delivery of a handful of new Cruze police cars.

Holden has announced the Victoria Police has taken delivery of a handful of new Cruze police cars.

Set to hit the streets in October, the models are based on the Cruze SRi sedan and feature a blue and white livery as well as an emergency lights on the roof.  The models also have a seven-inch MyLink infotainment system and a turbocharged 1.6-liter four-cylinder engine that develops 177 bhp (132 kW) and 230 Nm (170 lb-ft) of torque.

In a statement, Holden’s Executive Director of Sales Peter Keley said "[The] Cruze has all the attributes to make it an excellent patrol car.  Its city-friendly size and power combined with its specific tuning for Australian roads ensures the police are in good hands."