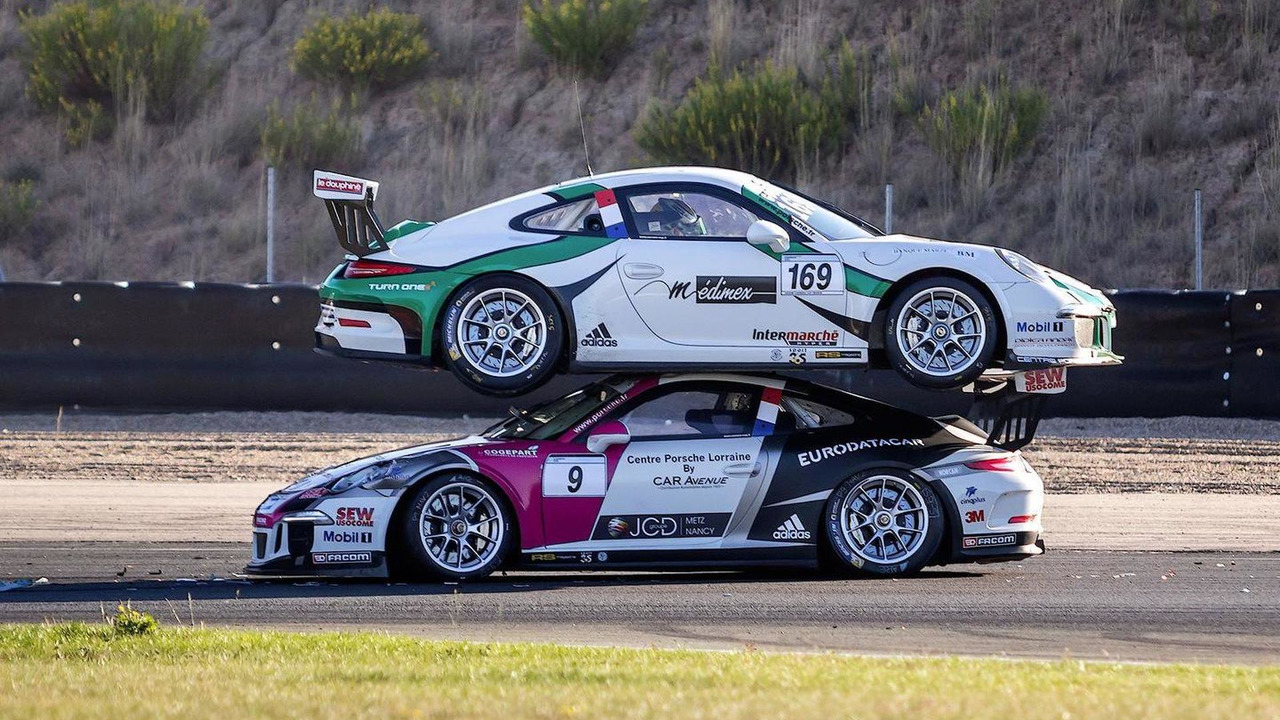 A funny accident occurred last weekend during a race part of the 2015 Carrera Cup France.

A funny accident occurred last weekend during a race part of the 2015 Carrera Cup France.

What you see is not a perfectly executed photoshop job, but a 100% authentic image taken by Alexis Goure during a race on the Navarra track in Spain for the 2015 Carrera Cup France. The peculiar crash occurred in the race 2 of the weekend during the first lap and involved Jules Gounon in the #169 Porsche 911 GT3 and Joffrey De Narda driving the #9 car.

The good news is none of the two drivers suffered any injuries as the collision happened at a relatively low speed since it was a very tight corner. Despite the impact, the two vehicles appear to be in good shape and the roof of the #9 car had no trouble supporting the weight of the #169 car.