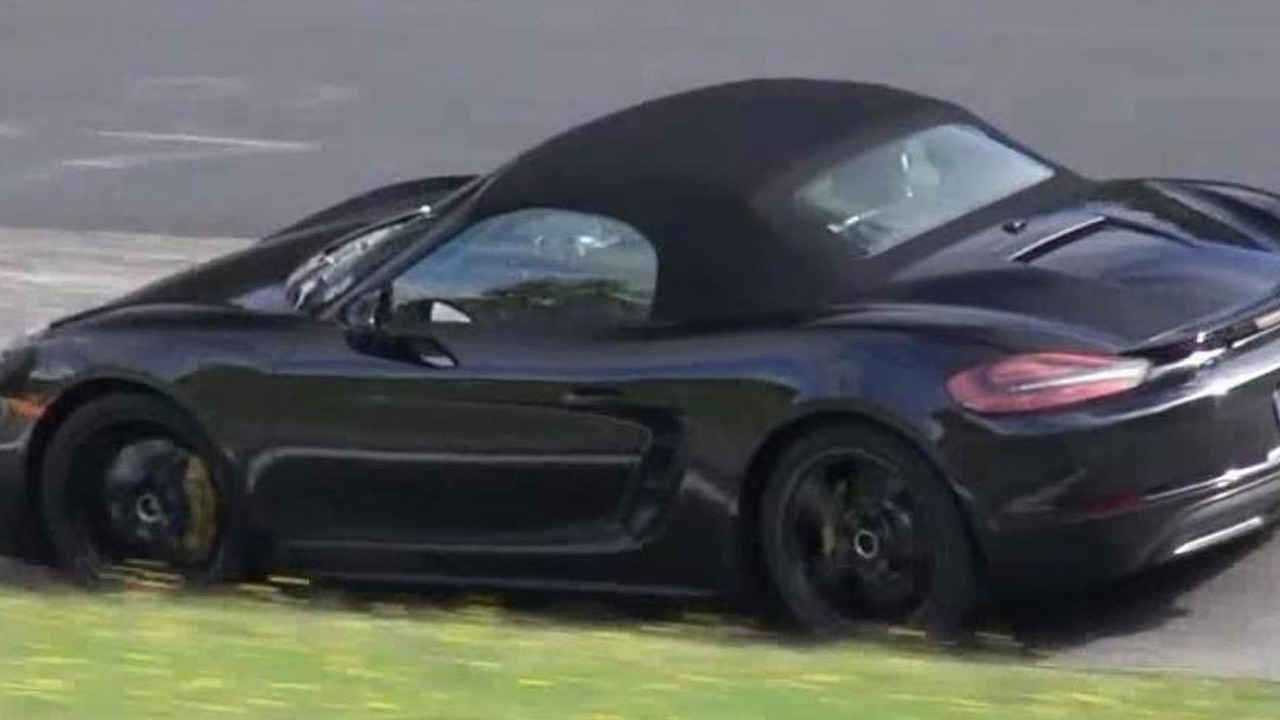 A near-production prototype of Porsche's upcoming turbocharged Boxster S has been caught on camera stretching out on the Nordschleife.

A near-production prototype of Porsche's upcoming turbocharged Boxster S has been caught on camera stretching out on the Nordschleife.

Porsche is just about ready to embrace an almost all-turbo lineup as after the 911 Carrera and 911 Carrera S made the switch to a turbocharged engine, the Boxster/Cayman is about to take the same path. Seen here is a lightly camouflaged 2016 Boxster S which no longer has the six-cylinder 3436cc engine as this has been replaced by a smaller and more efficient flat-four turbo.

It certainly sounds like a turbocharged engine and according to the latest gossip coming from Stuttgart the motor will have a 2.5-liter displacement and will develop somewhere in the region of 300 bhp (224 kW). The same engine will reportedly power the hotter GTS derivative where it will be massaged to deliver 370 bhp (276 kW). As for the base Boxster/Cayman, it is expected to employ a smaller 2.0-liter turbo pushing out around 240 bhp (179 kW).

Aside from receiving a new heart, Porsche's refreshed Boxster and Cayman duo will receive a series of subtle design tweaks along with some modest interior cabin revisions in typical Porsche fashion as demonstrated recently on the 991.2 Carrera models.

Expect to see the mid-cycle refresh for the Boxster and Cayman to come out early next year and it is believed in some markets the Cayman will be positioned below the Boxster.