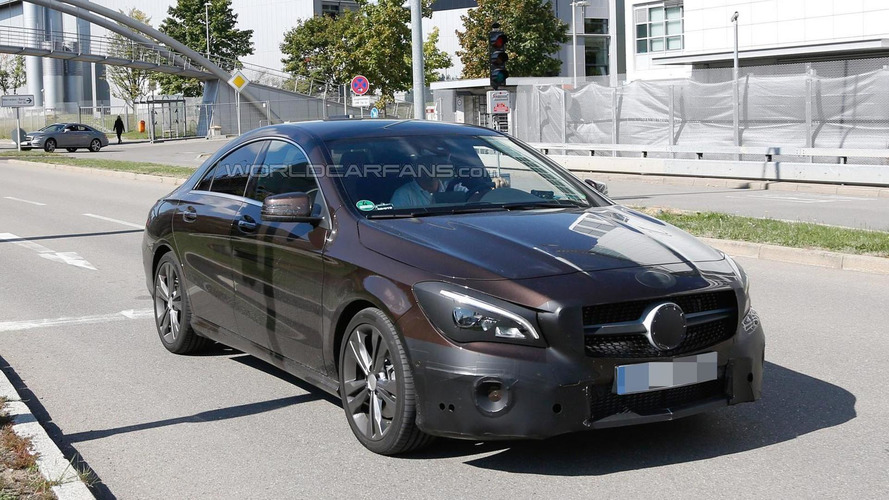 We have received a new batch of spy shots with Mercedes-Benz’s minor facelift for the CLA "four-door coupe."

We have received a new batch of spy shots with Mercedes-Benz's minor facelift for the CLA "four-door coupe."

Daimler's smallest hatchback received a minor nip and tuck a short while ago and now its coupe-ish sibling is about to benefit from the same array of tweaks. Some will agree it seems too early for a facelift, but Mercedes-Benz wants to have all their A-Class models featuring a cohesive look which is why they are in a hurry to freshen up not only the CLA, but also the more practical CLA Shooting Brake as well. Don't expect major changes as only the lighting clusters will make the transition from xenon to LED while the front and rear bumpers will also go through some modest updates.

It's the same story with the interior cabin set to use a revised 8-inch infotainment with Apple CarPlay and Android Auto support. There are also going to be galvanized switches, a slightly different look for the instrument cluster and other negligible modifications.

The engine lineup will likely be carried over, including the 2.0-liter turbo in the CLA 45 AMG which was recently upgraded from 360 PS & 450 Nm to 381 PS & 475 Nm. It will work with the same 7-speed automatic transmission that just got reduced shift times and shorter ratios in third to seventh gears.

German media is reporting the CLA and CLA Shooting Brake facelift will be out March next year at the Geneva Motor Show, with sales to begin shortly thereafter.