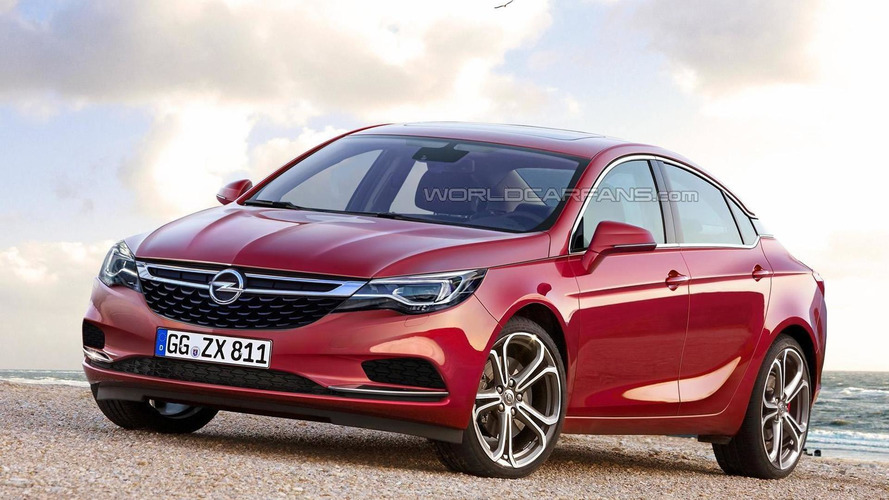 The second generation Opel Insignia has made a comeback in a speculative render, prior to an official debut sometime next year.

The second generation Opel Insignia has made a comeback in a speculative render, prior to an official debut sometime next year.

Introduced seven years ago, the Insignia has started to show its age for quite some time and it's now one of the oldest models in Europe's highly competitive D segment. Opel applied a facelift a couple of years ago, but what the Insignia really needs is a second generation that aside from design changes has to bring some massive improvements in terms of hardware.

The outgoing model has been criticized for its hefty weight and also because of its cramped cabin, so hopefully Opel's engineers are going to fix these two major problems. Word on the street says it will be 10 cm longer and despite the increase in size a strict diet is expected to enable a massive 200 kg (441 lbs) weight loss. This will be possible thanks to brand new underpinnings wrapped around in a body believed to take cues from the Monza concept.

After checking out the all-new Astra, now we have an idea about what to expect from its larger brother which will have a significantly sleeker body shape, as seen in the spy photos with prototypes testing in Europe. We remind you the company's design director Malcolm Ward declared it's absolutely gorgeous and will be "one of the most beautiful cars" in recent years, with cues taken from the Monza concept.

GM's mid-size model will be sold not just as an Opel and a Vauxhall, but also as a Buick in United States and as a Holden in Australia, thus effectively making the second generation Insignia a partially global model.