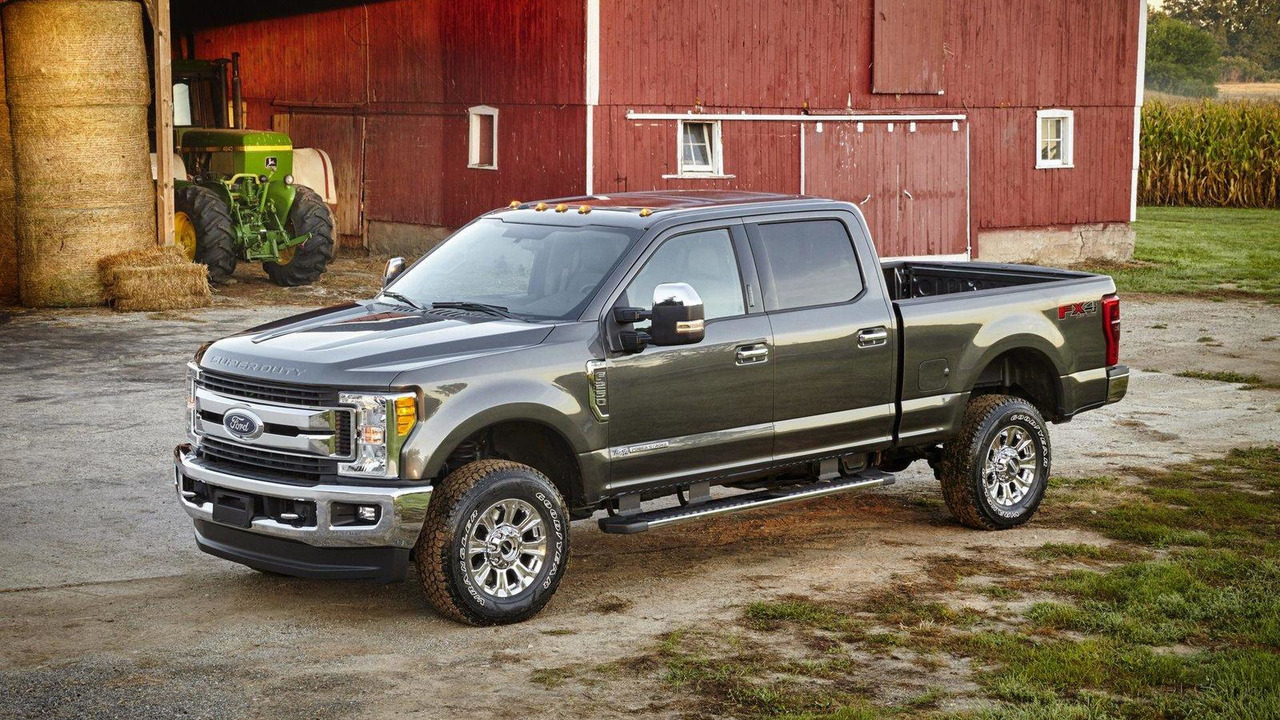 Billed as the "toughest, smartest, most capable Super Duty" ever created, the redesigned truck follows in the footsteps of the F-150 and adopts a muscular design which a prominent grille that is flanked by vertical headlights.  Moving further back, we can see front fender vents, tow mirrors and remote locking tailgate with an integrated spoiler.

Ford was coy on specifics but confirmed higher-end variants will be equipped with LED head- and taillights, LED bed lights and special mirrors which LED spotlights that can be used to illuminate a work site or camp site.

The 2017 Super Duty also benefits from a "high-strength, military-grade, aluminum alloy" body which is lighter and also more "more dent- and ding-resistant than the outgoing steel body."  This changes, along with the use of additional high-strength steels, enables the truck to weigh up to 350 lbs (158 kg) less than its predecessor.

The interior largely carries over from the F-150 so it features a modern design with the latest amenities.  Ford declined to go into specifics but said the model has a dual compartment glove box, overhead auxiliary switches and a flat second-row floor on SuperCab and Crew Cab variants.

The Super Duty will also be avaliable with a variety of options including an in-cab trailer tire pressure monitoring system and a SYNC 3 infotainment system with an 8-inch display.  Other notable options include Adaptive Cruise Control, Lane Departure Warning and a special Blind Spot Information System which uses radar sensors in the taillamps to help monitor blind spots along the entire length of an attached trailer.  The truck also be outfitted with an Adaptive steering system and up to seven different cameras.