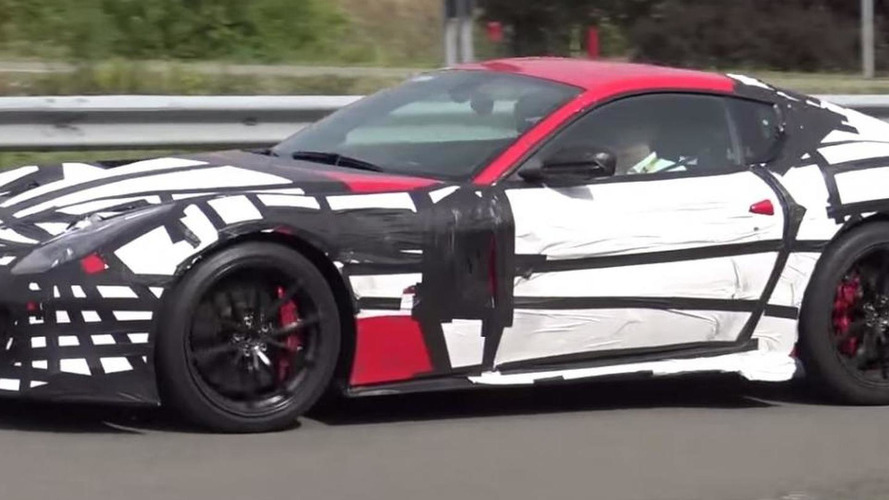 A new spy video from Maranello has emerged with the highly anticipated Speciale / GTO version of the Ferrari F12 Berlinetta.

A new spy video from Maranello has emerged with the highly anticipated Speciale / GTO version of the Ferrari F12 Berlinetta.

Many people said the hardcore F12 would debut at the Frankfurt Motor Show, but that turned out to be a false rumor and most likely Ferrari will introduce its range-topping production model (excluding the sold out LaFerrari) March next year at the Geneva Motor Show. It has already been caught on camera a couple of times without any sort of camouflage, showing some significant modifications compared to the standard Berlinetta.

All of the body changes have been elaborated to boost the model's aerodynamics while the weight loss program has reportedly shaved off a massive 200 kg (441 lbs), although it's hard to believe this is an accurate figure. Some reports are indicating Ferrari's engineers have also worked on the naturally aspirated V12 6.3-liter engine and have extracted an additional 30 bhp (22 kW) which means the upgraded motor will be able to develop 760 bhp (567 kW).

It's not known at this point whether Ferrari has decided to revive the "GTO" moniker or they will use the “Speciale” suffix for the meaner F12 which will run the 0-62 mph (0-100 km/h) in less than three seconds compared to the standard version which does the run in 3.1s and tops out at more than 211 mph (340 km/h).