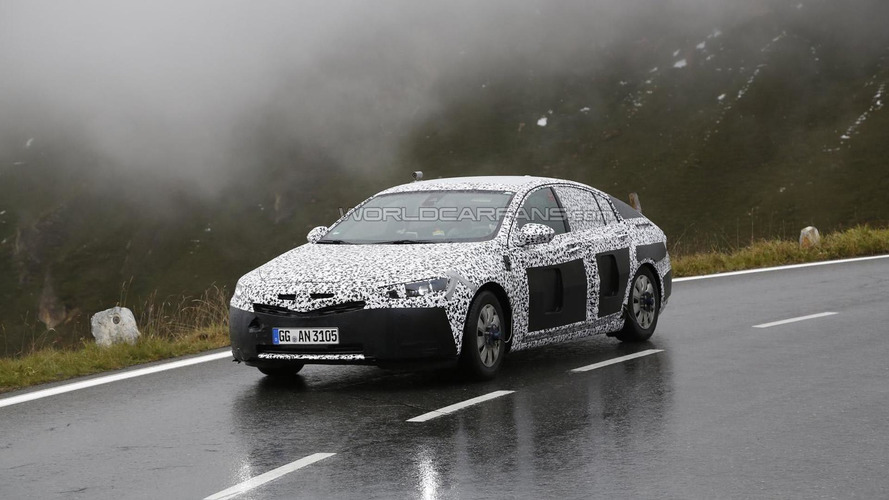 Here is the 2017 Opel Insignia performing testing rounds on a foggy day in the Alps.

Here is the 2017 Opel Insignia performing testing rounds on a foggy day in the Alps.

Opel fans have been waiting for an all-new Insignia for quite some time and they certainly became more anxious when the Rüsselsheim-based marque unveiled the impressive Monza concept a couple of years. That will serve as foundation for the mid-size model's design, so it will have very little in common with the outgoing model.

Even though this prototype had an extensive amount of camo, it's still easy to see the much sleeker and dynamic profile of the second-gen Insignia which is expected to lose as much as 200 kg (441 lbs), even though sources closer to the matter say the vehicle will be approximately 10 cm longer.

It's a very important car for General Motors as the new Insignia will be a multi-badged model since it will also be sold as a Vauxhall, Buick and as a Holden for the Australian market where it will replace the locally-made Commodore.

The overhauled Insignia can't come soon enough since it's one of the oldest D segment models (along with the Toyota Avensis) in Europe and hopefully it will be ready in time for a March 2016 reveal at the Geneva Motor Show, with sales to begin in the second half of the year.