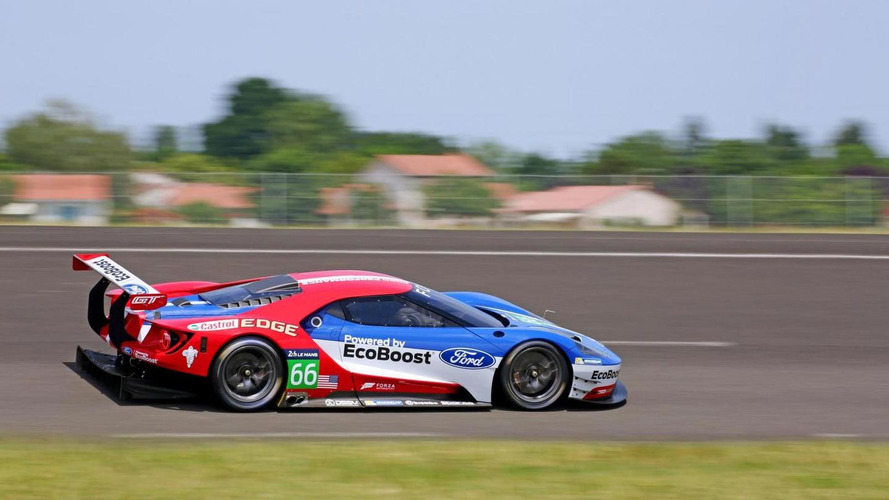 Ford has announced their new GT race car will compete in all nine rounds of the 2016 FIA World Endurance Championship and the 2016 IMSA WeatherTech SportsCar Championship.

Ford revealed the racing schedule for their new GT race car which will compete in the 2016 FIA World Endurance Championship and the 2016 IMSA WeatherTech SportsCar Championship.

The company will field two cars in the WEC and they will compete in the GT-Endurance Pro Class.  The provisional calendar is as follows:

On the IMSA side, the company will compete in the Prototype (P), Prototype Challenge (PC) and GT Le Mans (GTLM) classes.

According to Ford Group Vice President and Cheif Technical Officer Raj Nair, “We believe the Ford GT’s advances in aerodynamics, light-weighting and EcoBoost power will make for a compelling race car that once again compete on a global stage."  He went on to say "The same spirit that drove the innovation behind the first Ford GT still drives us as a company today."