Bentley Bentayga photographed inside and out in New York 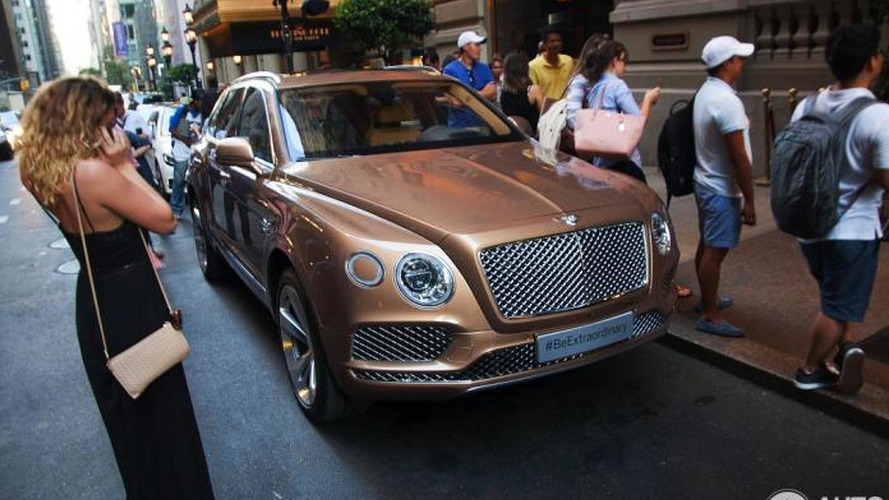 The vehicle was photographed in front of the five-star St. Regis hotel and unsurprisingly it managed to attract a lot of attention. It's Bentley first ever SUV and as you can see the vehicle was wearing the same orange paint as the IAA show car currently on display in Frankfurt. If you want to be one of the early buyers you're out of luck since the model is already sold out for the first year of production as Bentley has announced 3,600 people have placed a deposit.

The first production unit is heading to Buckingham Palace as Queen Elizabeth II's staff has placed an order for the ultra-luxurious SUV. It kicks off at a hefty £160,200, but Bentley's CEO Wolfgang Dürheimer has announced the numerous optional goodies available can jack up the model's price beyond the £500,000 mark.

The Bentayga also has the most expensive option in the history of the automotive industry, a self-winding Breitling Tourbillon clock that costs £110,000, representing more than two standard Audi Q7s upon which the Bentley SUV is based.