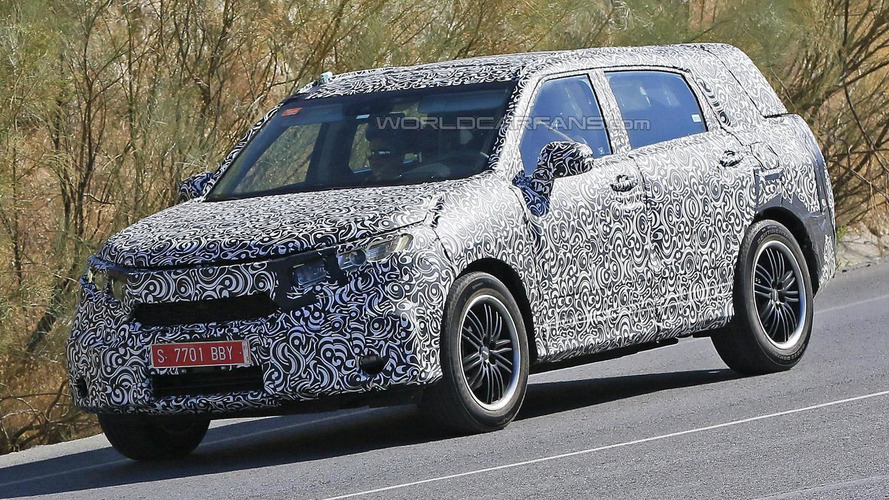 Honda has commenced testing procedures for a production version Concept D and our spies caught a prototype testing in Spain.

Honda has commenced testing procedures for a production version Concept D and our spies caught a prototype testing in Spain.

Earlier this year at the Auto Shanghai in China we saw Honda's radically styled mid-size SUV featuring a fastback-like rear end. At that point, Honda said their plan is to roll out a production version in 2016 exclusively for the Chinese market where it would act as the company's flagship model. Now, a fully camouflaged prototype has been spotted undergoing testing in Spain.

To put it nicely, the concept was far from being one of Honda's most attractive designs and hopefully the translation to a production car will bring a more appealing body. Despite the massive disguise, the mid-size SUV appears to look significantly toned down and seems to have a very flat rear window. The rear end will definitely be the most interesting or perhaps controversial part of the design and hopefully it will be less busy compared to the concept.

Little else is known about the production car, but Honda said during the Concept D's reveal the road-going model will have "advanced safety technologies and other advanced features" to be worthy of the range-topping status in China.