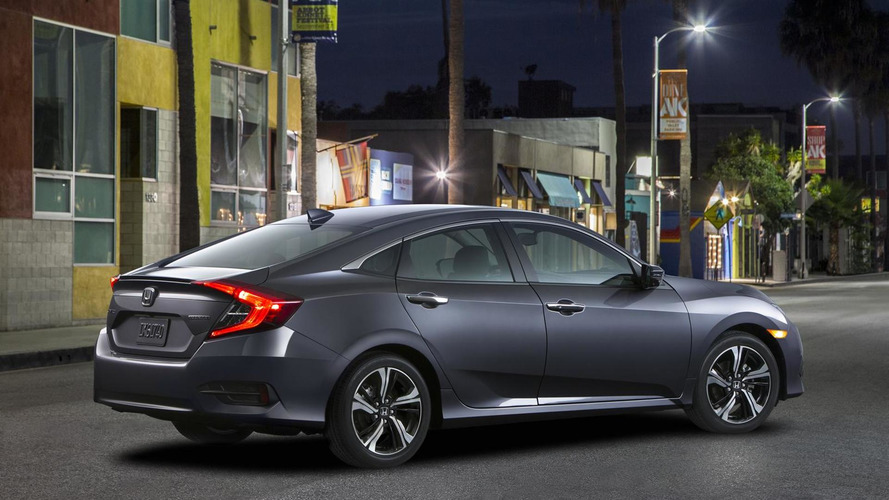 The fastback-styled Civic adopts a fresh new look and according to Honda it's a completely new car as far as the underpinnings are concerned. Despite being bigger than its predecessor, the new compact sedan has lost 68 lbs (30.8 kg) and comes with a 1.2-inch longer wheelbase enabling superior rear legroom inside the more upmarket cabin where the air leaks have dropped by 58%.

This US-spec model will be available with an evolution of the 2.0-liter naturally aspirated engine that adds around 15 bhp compared to the old one, so output should stand at about 158 bhp (118 kW). Those who want a stronger engine will have to get the new 1.5-liter turbo which will have approximately 173 bhp (129 kW). The former will work with a six-speed manual or a CVT whereas the turbo motor will be paired exclusively to a bespoke CVT.

All Civics regardless of gearbox and engine will return more than 40 mpg on the highway which is why Honda has decided to kill the natural gas and hybrid models, saying the conventional version should be efficient enough for most buyers.

The tenth Civic sedan will go on sale this fall and Honda also has plans for a coupe, five-door hatch Si and a first-ever US-spec Type R.