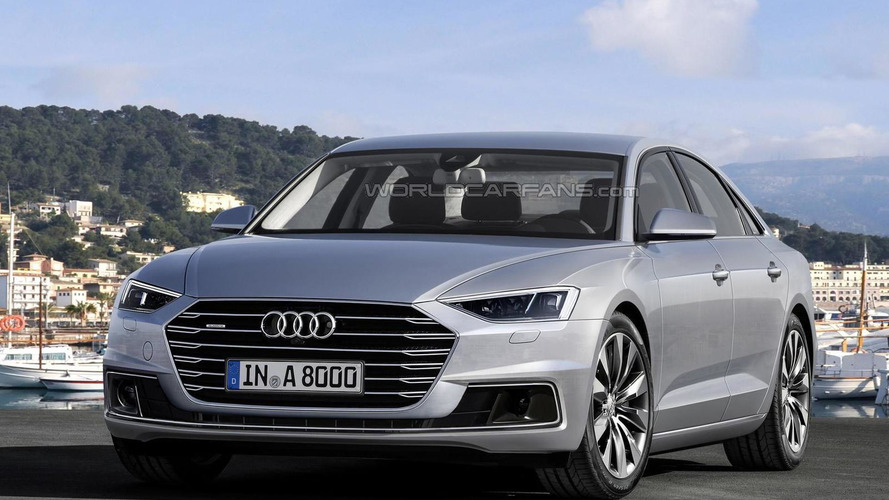 The next generation Audi A8 (D5) has been speculatively rendered using as foundation the Prologue concept.

The next generation Audi A8 (D5) has been speculatively rendered using as foundation the Prologue concept.

Audi has been relatively quiet about its all-new flagship model, but we do know it will be the company's first model to utilize a new styling language developed by Marc Lichte, the man in charge with the designs coming out of Ingolstadt. He is responsible for the Prologue concepts and has already promised a more differentiated look among models, starting with the next-gen A8, A6 and A7 ranges.

Last time we heard, the new A8 was supposed to come out next year, but apparently it has been pushed back until late 2017 as Audi wants more time to perfect semi-autonomous driving technology which will premiere on their crown jewel. The full-size executive sedan will be able to driver itself at speeds of up to 37 mph (60 km/h) and it will also be capable of finding an empty space and park itself.

We know from company's board member for technical development Ulrich Hackenberg the next A8 will employ electric turbochargers and it is believed the new platform will ensure a weight loss of approximately 200 kg (441 lbs). One of the engines which has already been confirmed is the new 6.0-liter twin-turbo W12 TSI that debuted in the Bentley Bentayga with 608 PS (447 kW) and 900 Nm (663 lb-ft). Plug-in hybrid and pure electric derivatives are believed to be in the works as well, but Audi hasn't said anything about adding more frugal versions and even if planned, these won't be out from day one.

As far as the interior cabin is concerned, it's bound to receive OLED technology for the screens and a new infotainment system with support for gesture controls. Expect to see fewer physical buttons and knobs while the added tech goodies should diminish distractions behind the steering wheel.