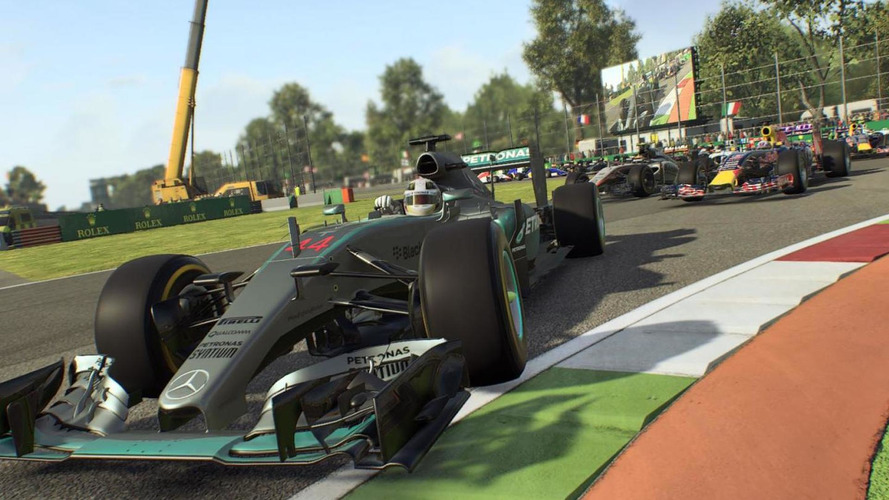 The latest title in the award-winning F1 franchise by Codemasters brings much needed tweaks.

The F1 2015 video game keeps getting better and better with each new version since Codemasters took over the franchise with the 2009 title. For its latest iteration, the game is showing some great visual improvements after making the switch to a brand new engine bringing far superior graphics both on and off the track. It’s obviously the title to buy for any F1 fan out there as it has all the official cars, tracks and drivers with the FIA’s stamp of approval.

If you have played a Formula 1 title before, you know that handling was a bit unrealistic but the good news is that F1 2015 brings a significant upgrade as now you have to be more careful when accelerating and braking - especially in corners - in order to avoid spinning. This makes the game harder than before but at the same time it’s also more engaging, and once you get the hang of it, F1 2015 offers a more exhilarating experience closer to the real deal.

Another neat feature is the evolved relationship with the race engineer who is now more communicative and he will provide you with a lot more relevant information that can be put to good use during the entire race weekend. It makes the game feel more realistic as a true simulator should and with opponents that are more clever and an all-new tire physics behaviour model, the experience is unmatched.

Codemasters has implemented an online practice mode for those who are working on their skills while the new pro season mode was designed for experienced players looking for the hardest challenge possible. Keep in mind the pro mode will “force” you to compete in authentic full race weekends, starting from Friday’s practice and obviously ending with Sunday’s full-length race, so this mode is obviously for diehard fans with a lot more time to spare.

It ain’t all sunshine and rainbows as the game doesn’t have a split-screen mode and you will not be able to race in co-op seasons like you did in previous titles. That being said, the online multiplayer mode should suffice for most players looking for a real competition with both friends and fellow players from all over the world.

Another downside is the lack of a safety car and the virtual safety car added to the 2015 F1 season is also MIA, but that shouldn’t be a major issue since the visual and audio warnings should be enough to know that something is wrong on the track. There were some early bugs when the game came out but most of these have been ironed out and now everything should be smooth as silk, regardless of platform.

It should be mentioned Codemasters has implemented what they like to call a “broadcast presentation” in their latest F1 title, so it will be like you are watching the race on TV but with you in the driver’s seat. This type of presentation makes the whole experience more authentic especially since the game includes full podium and grid sequences.

Distributed by BANDAI NAMCO Entertainment, F1 2015 developed Codemasters is available for the first time in the game’s history on the Xbox One, PlayStation 4 and obviously you can still get it on the PC platform and you can play it with a gamepad or better yet, with a wheel + pedal set for a more exciting experience.