Mysterious Jeep prototype spied, is it the facelifted Cherokee or Compass / Patriot successor? 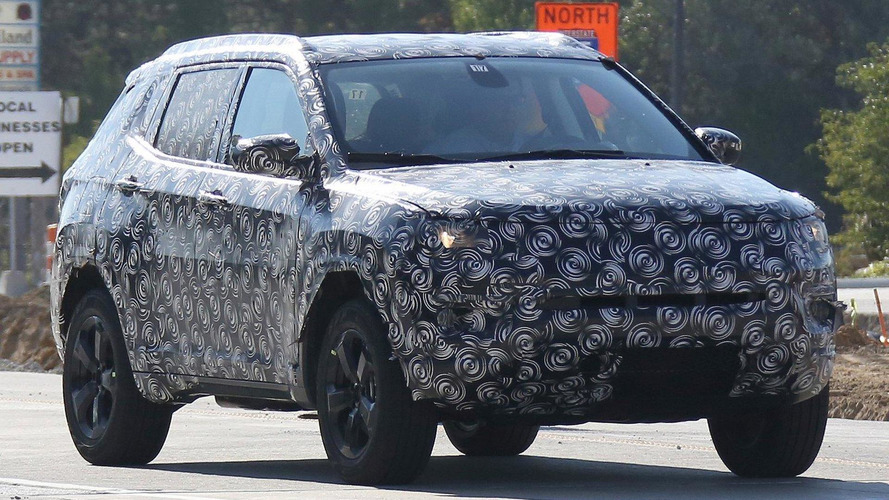 A mysterious Jeep prototype has been spied undergoing testing near the company's headquarters in Auburn Hills, Michigan.

A mysterious Jeep prototype has been spied undergoing testing near the company's headquarters in Auburn Hills, Michigan.

While the model appears to be a facelifted version of the Cherokee, our spy photographer believes it's actually a prototype for the Compass / Patriot successor.  The similarities to the Cherokee are unmistakable but the prototype appears to have a different tailgate and it also lacks the 'dip' in the Cherokee's beltline.

Regardless of what it is, the facelifted Cherokee is largely expected to carryover but there have been rumors about a new four-cylinder engine and possibly a performance-oriented Trackhawk variant.

The Compass and Patriot successor, on the other hand, will ride on an extend version of the Small Wide platform that underpins the Renegade.  Engine options remain unconfirmed but it could be offered with a new turbocharged 2.0-liter four-cylinder engine that is backed up to a nine-speed automatic transmission.  The model is also expected to feature an assortment of other engines that are already offered in the Renegade.