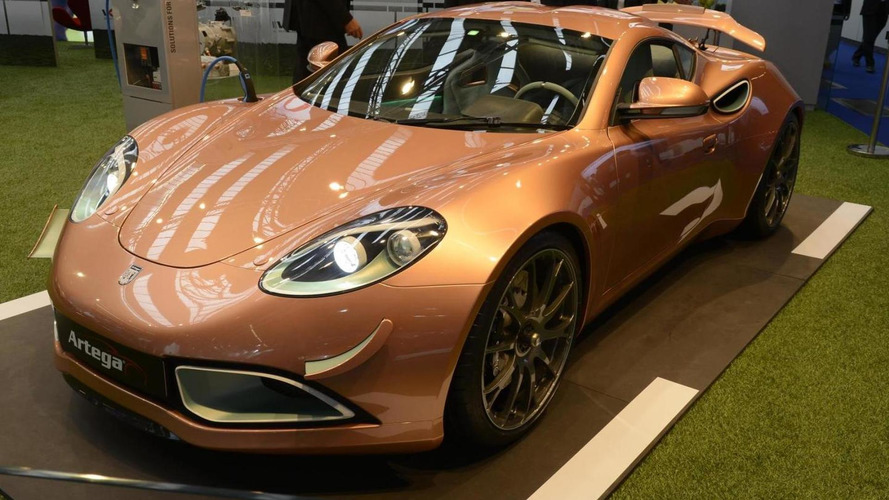 Artega is back from the dead with a new electric sports car called the Scalo.

Artega is back from the dead with a new electric sports car called the Scalo.

Billed as a direct successor to Artega GT, the Scalo has a carbon composite body, an active rear spoiler and 20-inch forged alloy wheels.  The styling is virtually identical to the GT, but the Scalo features a number of minor modifications including a carbon fiber front spoiler, revised air intakes and active aerodynamic canards.

The interior is also familiar but its features modern technology including a digital instrument cluster and a wireless smartphone charger.  The model also has a multifunction steering wheel, an infotainment system and a 13 speaker audio system.  There's also a "synthetic engine sound" system which produces fake engine noises both inside and outside the vehicle.

Gallery: Artega returns from the dead with their new Scalo EV sports car