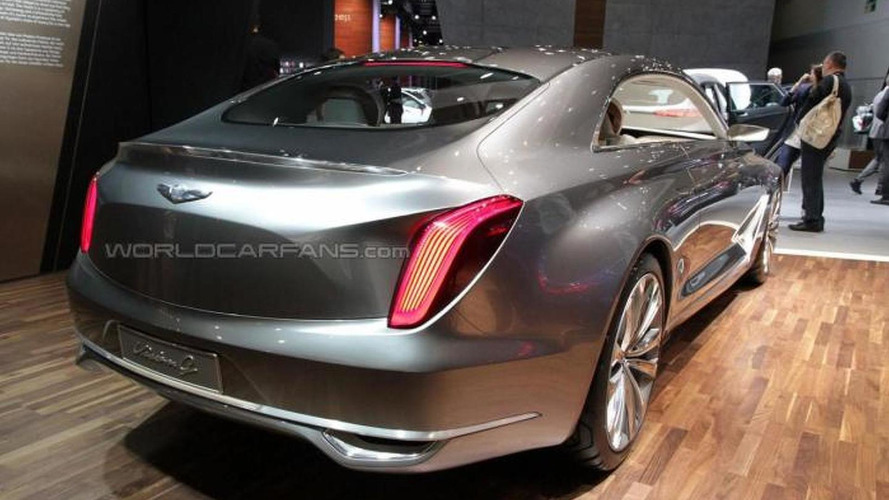 Hyundai is taking a stab at the premium segment by showing off this Vision G Coupe concept in Frankfurt.

Hyundai is taking a stab at the premium segment by showing off this Vision G Coupe concept in Frankfurt.

It's just a concept for now but Hyundai is telling us their "first high-end premium coupe" will serve as foundation for a new range of upscale models as a move to push the brand upmarket. This concept came to life after design teams from North America, Europe and Asia joined forces to elaborate a "purposefully understated" vehicle that adds a luxurious touch to a brand that up until a few years ago was known for coming out with simple and cheap cars.

As far as the cabin is concerned, it can host four people in a luxurious environment with premium leather upholstery, gold accents and a lovely wood trim. There's also a Lexicon sound system, a curved display in the center fascia, along with a semi-sphere haptic touchpad (aka "Remote Wheel") installed in the center console which supports touch and gesture interaction.

As a final note, you will notice the concept wears the Genesis badge and chances are those premium products planned will used it as a way to differentiate the higher end models from the regular Hyundai products.