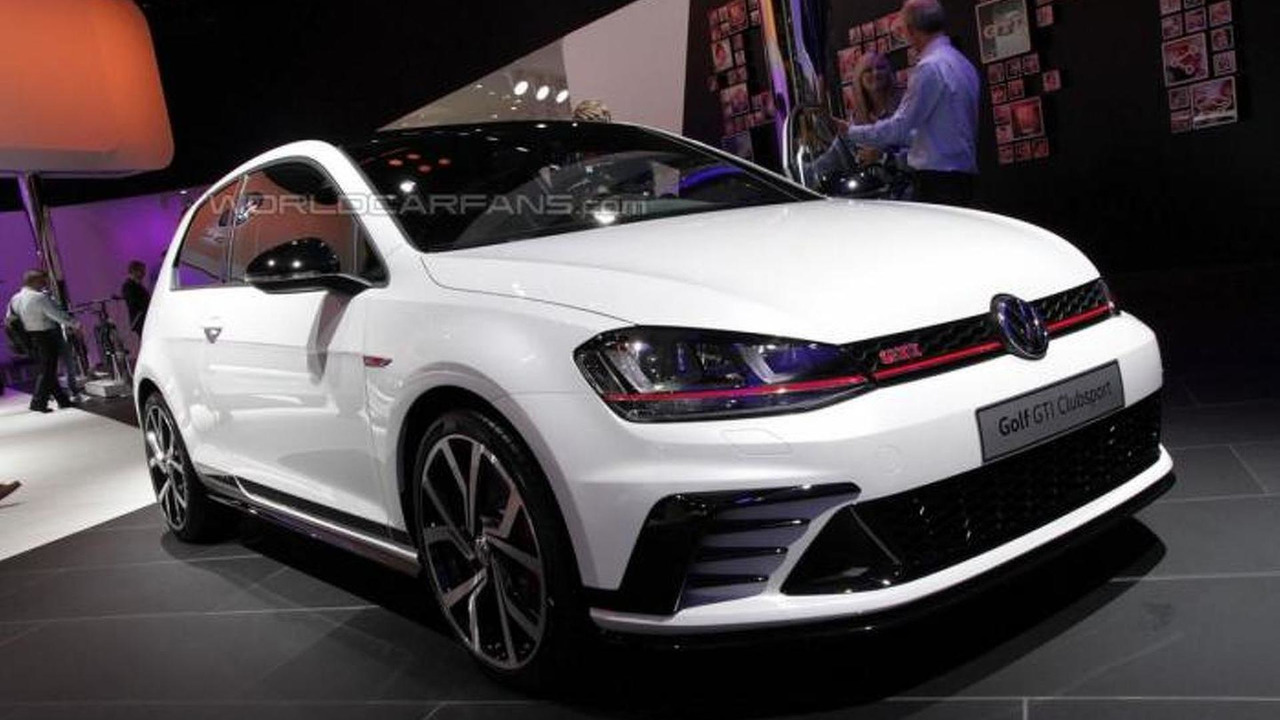 After revealing it online last week, Volkswagen has brought the Golf GTI Clubsport to the 66th Frankfurt Motor Show.

After revealing it online last week, Volkswagen has brought the Golf GTI Clubsport to the 66th Frankfurt Motor Show.

The all-new Tiguan and its plug-in hybrid counterpart are without any doubt the main attractions at Volkswagen's stand in Frankfurt, but let's not forget about their other new product which adds more punch to the Golf GTI. It's basically a production version of a namesake concept shown several months ago and packs an extra 35 PS (26 kW) compared to the Golf GTI Performance which used to be the range-topping FWD Golf.

This new version has as standard 265 PS (195 kW), but for about ten seconds it turns into a 290 PS (213 kW) machine thanks to an overboost function ideal for performing overtakes. You will be happy to hear Volkswagen will sell this car with a six-speed manual and a DSG, so everybody should be pleased. If performance is your top priority, go for the DSG-equipped model as it runs the 0-62 mph (0-100 km/h) in as little as 5.9 seconds whereas the manual model needs 6 seconds. Regardless of transmission, the Golf GTI Clubsport will top out at an electronically limited 155 mph (250 km/h).

There's no word just yet about the model's price tag, but it will obviously be more expensive than the Performance version which in Germany begins at €30,400. The all-wheel drive Golf R will remain the flagship model with a €39,000 price tag, so the Clubsport will probably cost somewhere in the region of €33,000 - €35,000.