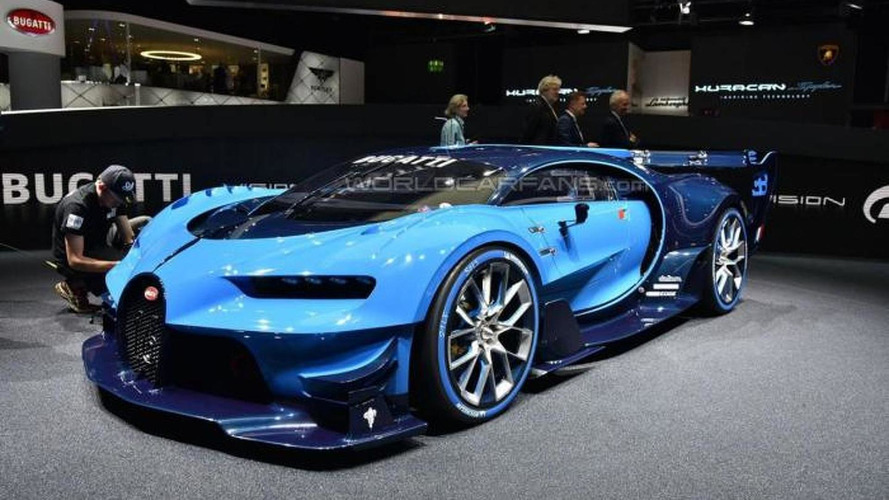 Bugatti is taking the Frankfurt Motor Show by storm with their radical racecar developed for Gran Turismo 6.

Bugatti is taking the Frankfurt Motor Show by storm with their radical racecar developed for Polyphony Digital's Gran Turismo 6.

The Vision Gran Turismo isn't only just a fantasy car for the PS3 video game as it also provides a sneak preview at Bugatti's new design language that will debut with the much awaited Veyron replacement. As for the concept seen in these live shots at IAA, it looks ultra-modern but at the same time it takes influences from iconic models such as the 1936 Type 57 Atlantic and the Type 57 G Tank which have been combined with Veyron cues.

The Bugatti VGT was developed over the course of six months and according to its creators the "car's technical features, like its design, are realistic", but details regarding the technical specifications are scarce at the moment as we only know it has a W16 engine working with a four-wheel drive system. Based on the company's calculations, the VGT concept can reach more than 250 mph (400 km/h) on four sections of the virtual Le Mans circuit.

We will have to patiently wait for March 2016 at the Geneva Motor Show where it is believed Bugatti will bring the Veyron-replacing Chiron hypercar.