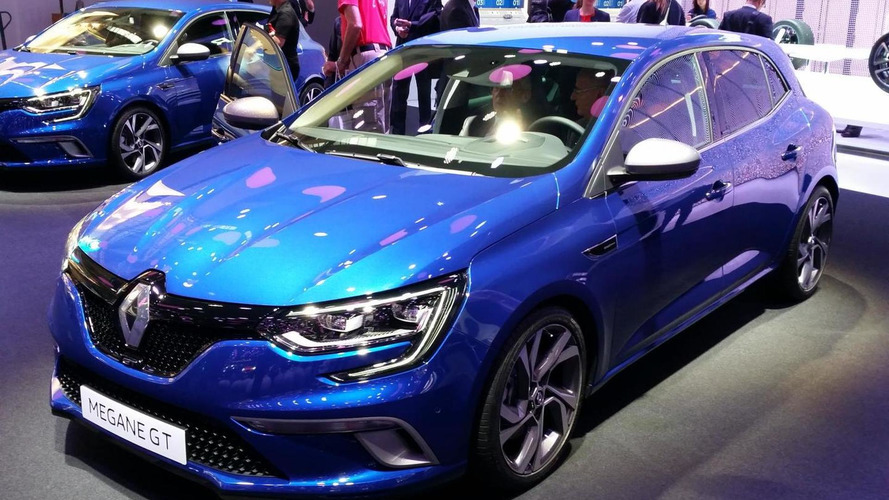 Renault has decided to use the 2015 Frankfurt Motor Show to debut the new Megane family.

Previewed online last week, the model is lower and wider and has a longer wheelbase, which results mainly in improved legroom for rear passengers. The design is heavily influenced by the bigger Talisman – also making its world premiere in Frankfurt, and features muscular side profile, prominent grille and sweptback headlights with integrated LED daytime running lights. At the back there’s a set of all-LED lamps with 3D graphics.

Renault is proud to announce several class-firsts, including a full color head-up display, a 7-inch color TFT instrument display and a portrait-format 8.7-inch R-Link 2 touchscreen as an alternative to the landscape 7-inch screen.

The range-topping model in the first years will be the Renaultsport-inspired GT version featuring several exterior options and interior embellishments, a 205 PS TCe engine mated to a seven-speed EDC dual-clutch transmission, 4Control four-wheel steering and sports chassis settings. Visual changes include a new design for the lower and upper grilles, optional 18-inch diamond-effect wheels, twin exhaust pipes and a new diffuser at the back and more.

European sales of the model are scheduled to kick off in early 2016, while UK customers will get the vehicle a couple of months later.

Additional details are available at the press release section below.