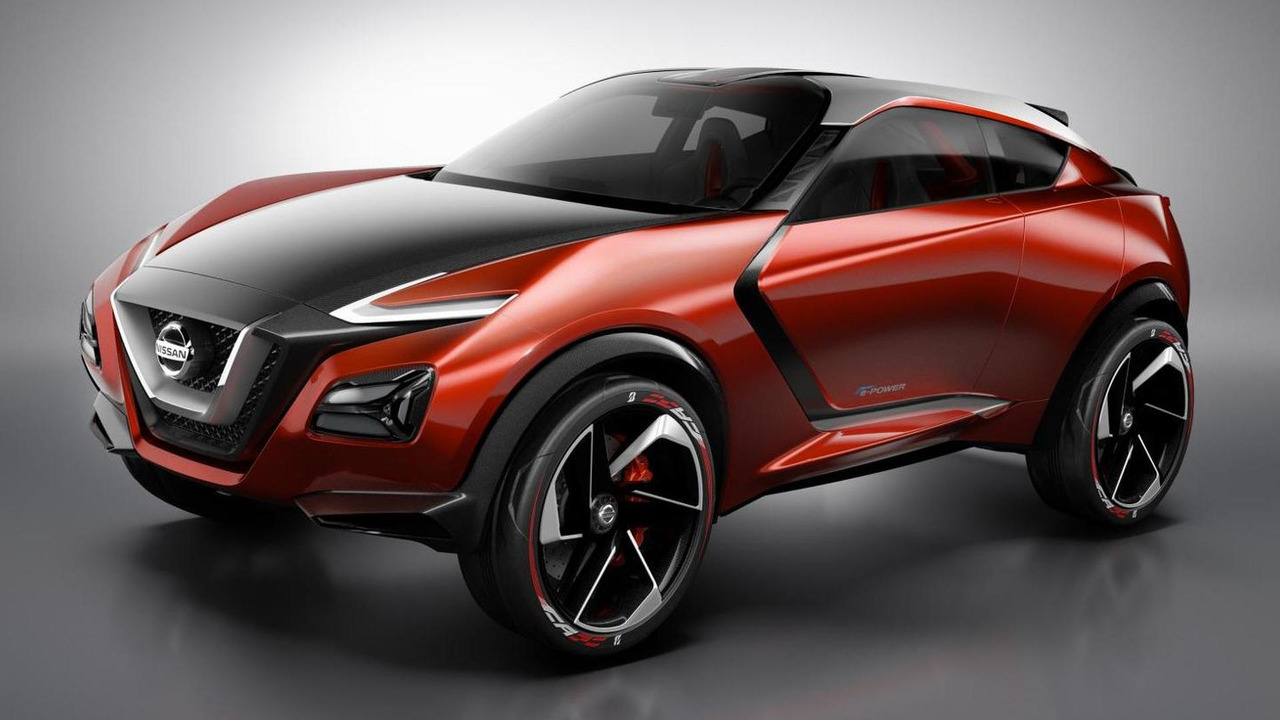 Nissan has introduced the new Gripz concept during the 2015 IAA that’s opening its doors for visitors on 17 this month.

Made by designers in Europe and Japan, the study blends “the ability and practicality of a compact crossover” with “the excitement and performance of a sports car.” It has a compact body with four doors and innovative and sharp design, featuring V-motion grille, boomerang-shaped headlights and taillights, a floating roofline and unconventional C-pillar.

Nissan explains the concept is “seen as a design statement rather than a replacement for an existing model”, although some design cues may be used in the next generation production Nissan Juke.

No exact technical details were released and Nissan briefly announced power is provided by a hybrid system that uses a petrol engine to power the electric motor found in the Nissan LEAF. This configuration, the company says, delivers “smooth, swift and linear acceleration in near-silence, with supreme efficiency.”

The interior features a minimalistic layout with four separate seats, designed in Japan. It comes with a mix of matt-grey and the red-orange colors, exposed tubes, and seats and center console inspired by bicycles, as are the door pulls that are shaped like saddles from a racing bike.