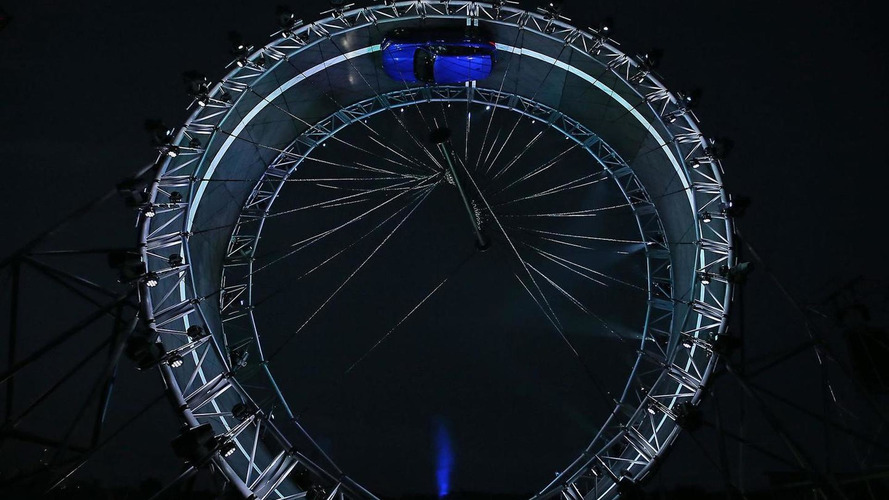 Jaguar Land Rover has decided to introduce the production-ready F-Pace in style as the first ever crossover to wear the Jaguar badge performed a record-breaking 360-degree loop. In the process, it withstood extreme forces of 6.5Gs as it completed the huge 19.08-meter tall loop performed by professional driver Terry Grant who had to train extensively for two months to be ready to support those powerful forces.

To make sure everything works out smoothly, Jaguar planned the attempt several months and it involved a team of mathematicians, structural engineers and safety experts which joined their forces to make the F-Pace perform the loop flawlessly.

Coinciding with the model's launch and this courageous attempt, Jaguar is rolling out a "First Edition" F-Pace limited to 2,000 units available only during the first year of production. It can be had with either the 380 PS supercharged V6 engine or the 300 PS V6 turbodiesel and a choice of two exclusive exterior paint schemes: Caesium Blue and Halcyon Gold which both represent a throwback to the C-X17 concepts unveiled in 2013 at IAA and at Guangzhou Motor Show.