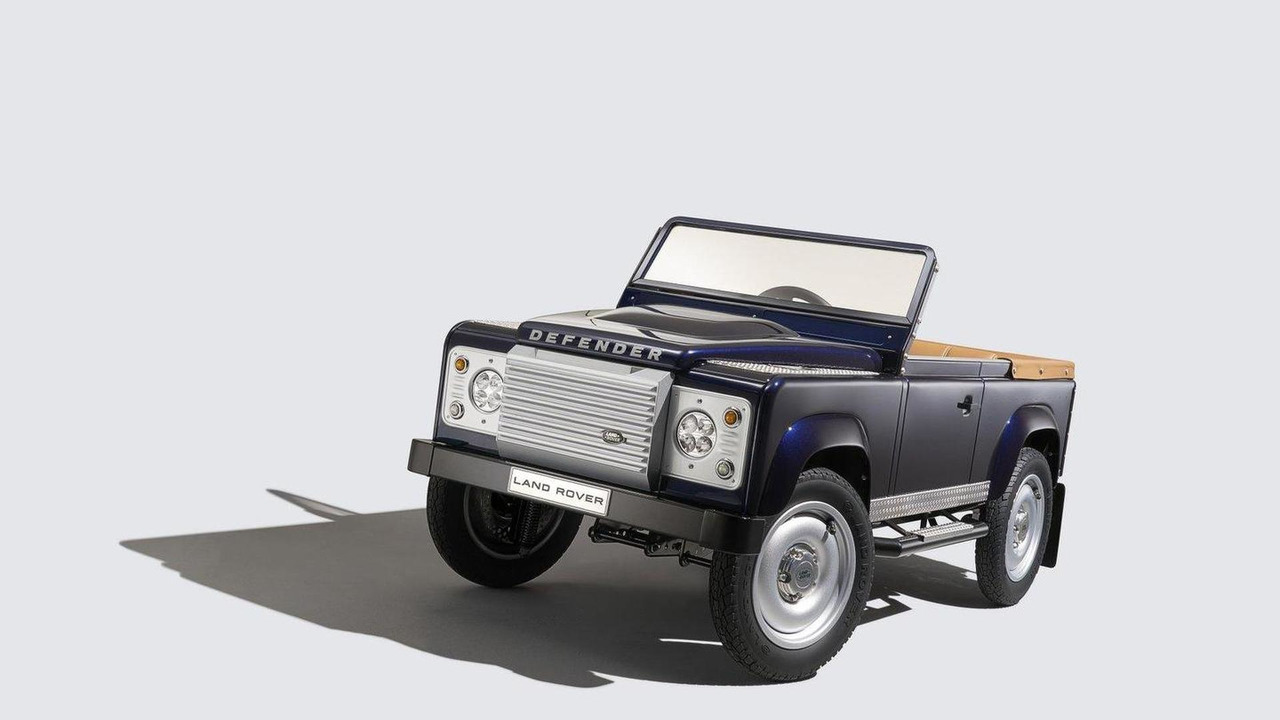 Designed to preview a production pedal car that will go on sale in the spring of 2016, the concept was hand-built in the United Kingdom and features styling inspired by the first pre-production Land Rover which is affectionately known as 'Huey' given its original numberplate of 'DUE 166'.

The highly-detailed concept also has an rolled-edge aluminum frame, a realistic front fascia and retro-styled wheels with off-road tires.  Other highlights include a spring suspension, working brakes and a detailed interior that features leather upholstery as well as an "authentically styled dashboard."