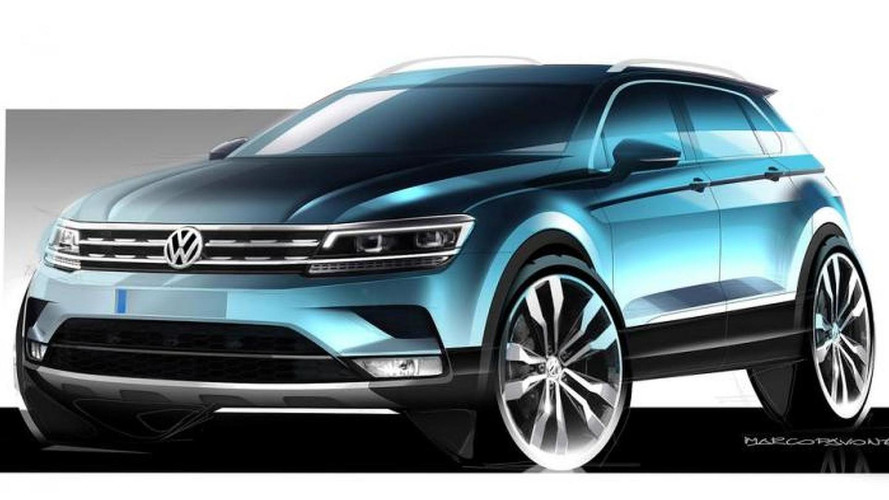 Volkswagen has published the first official design sketches for the next generation Tiguan, ahead of a 2015 IAA debut next week

Volkswagen has published the first official design sketches for the next generation Tiguan, ahead of a 2015 IAA debut next week.

You don’t have to be an automotive guru to notice the vehicle from the images is heavily influenced by the Volkswagen Cross Coupe GTE concept, including the overall profile and the taillights shape. Of course, it comes with a slightly toned down design with less impressive front end and fewer chrome details.

As one would expect, the new Tiguan will be based on the MQB platform and will be slightly longer than its predecessor, featuring shorter overhangs. The second generation of the SUV will be 80 kg lighter than the current model and will be offered with a 1.4-liter TSI petrol engine with 125 PS in its base variant.

The range-topping version will be powered by a 2.0-liter Passat-sourced TDI diesel unit with 240 PS, while a plug-in hybrid version is also in the cards.

More details are expected next week when the 2015 Frankfurt Motor Show opens its doors.