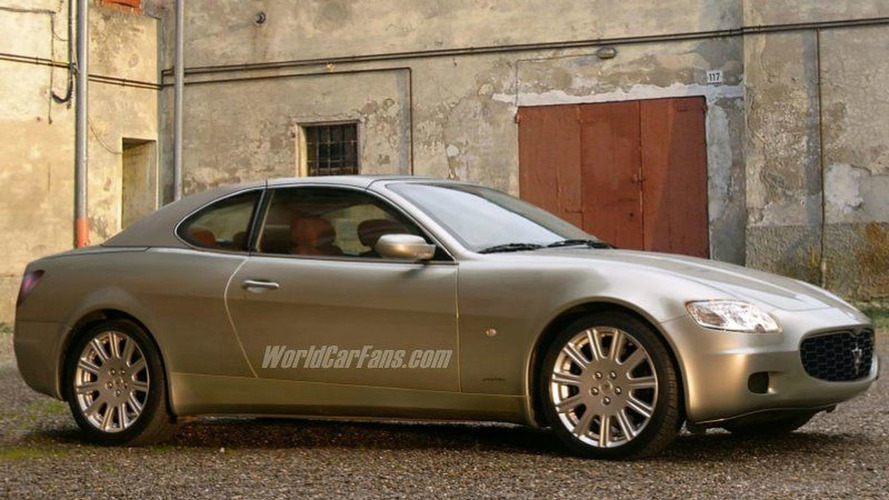 One of the biggest mysteries recently has been the appearance of a lot - some say: too many - coupÃƒÆ’Ã†â€™Ãƒâ€šÃ‚Â©-prototypes from Maserati. But with a lot of help from insiders and sources outside the factory we reckon we have solved this

One of the biggest mysteries in the business of spy-photography recently has been the appearance of a lot – some say: too many – coupé-prototypes from Maserati. But with a lot of help from insiders and sources outside the factory we reckon we have solved this: There’s actually three new cars in the pipeline – and they all promise to be exciting and worth the Maserati name and badge.

We admit that we don’t know yet which of the three cars will be the first to be unveiled or when the fireworks of new models will be started, but it’s obvious that the Quattroporte-based 2+2 Coupé is the one with the least disguising. While side profile and rear strongly remind of the exclusive four-door saloon, the front of the car will be all new. This seems to be the car that’s going to replace the current GT coupé.

The new soft-top Spyder is disguised somewhat more, but nonetheless major keys of the design are visible and making the illustration was a rather easy task for our artist. The car is going to be a pure two-seater and might become a strong competitor to the Mercedes SL, though it won’t come with the SL’s folding metal roof.

That seems to be reserved for the third new car to come – a first for Maserati: the four-seater CC with a retractable hard-top but space enough for four adults plus luggage. The actual prototype is still heavily disguised, but you can see the car’s relatively long wheelbase, comparatively short door and very low front. Guessing from the level of disguising we reckon the 4-seater CC will be the last of the three new Maserati cars to be presented – although we would wish we’d be wrong here ...