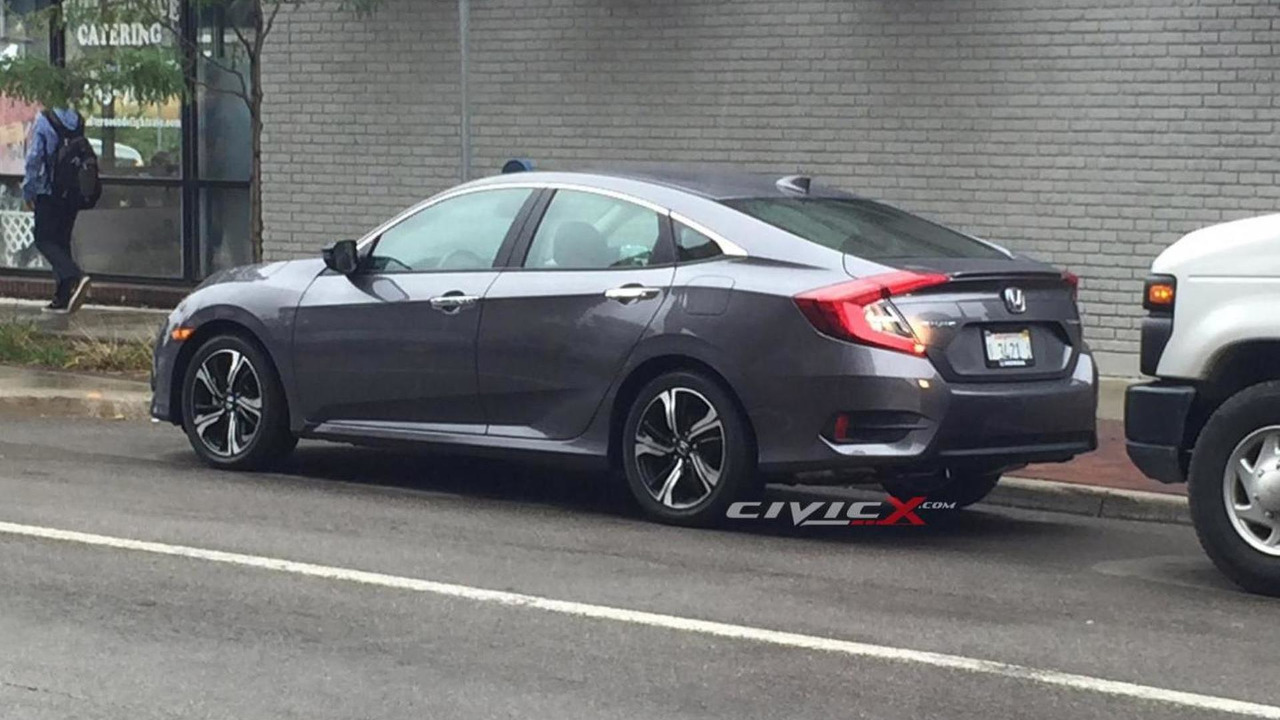 Our friends at CivicX have caught on camera an undisguised pre-production unit of the 2016 Honda Civic Sedan (US-spec).

Our friends at CivicX have caught on camera an undisguised pre-production unit of the 2016 Honda Civic Sedan (US-spec).

It was spotted in Ann Arbor, Michigan and obviously looks virtually the same as in thoseleaked patent designs from earlier this year. As you can see, it's very different than the outgoing model and perhaps the most striking feature is at the back where we find those boomerang-shaped taillights that extend onto the tailgate. The more sloped roofline makes the tenth-gen Civic appear sleeker while the front end hosts an imposing thick chrome grille that continues on top of the headlight clusters.

Set to be the "most ambitious remake in its 43-year history", Honda's US-developed Civic Sedan will be offered with optional full LED headlights and is going to come with a newly developed 1.5-liter four-cylinder turbocharged gasoline engine sending power through a short-shift 6-speed transmission or an optional CVT. Honda says this engine will be frugal enough to make the CNG and Hybrid versions redundant and it will be joined by another unit, but it's identity is not known at this point.

We don't get to see the interior in these photos, but our spies caught prototypes featuring a roomier cabin with improved materials, leather upholstery, large touchscreen display and heated rear seats. More importantly, the car had a more conventional dashboard layout as Honda has decided to drop the two-tier dash and this will probably attract more buyers.

The Civic Sedan will be joined by a coupe also developed in United States and a five-door hatch engineered in UK. In addition, a sportier Si is in the works along with a new range-topping Civic Type R that has already been caught on camera, even though the current model just went on sale.