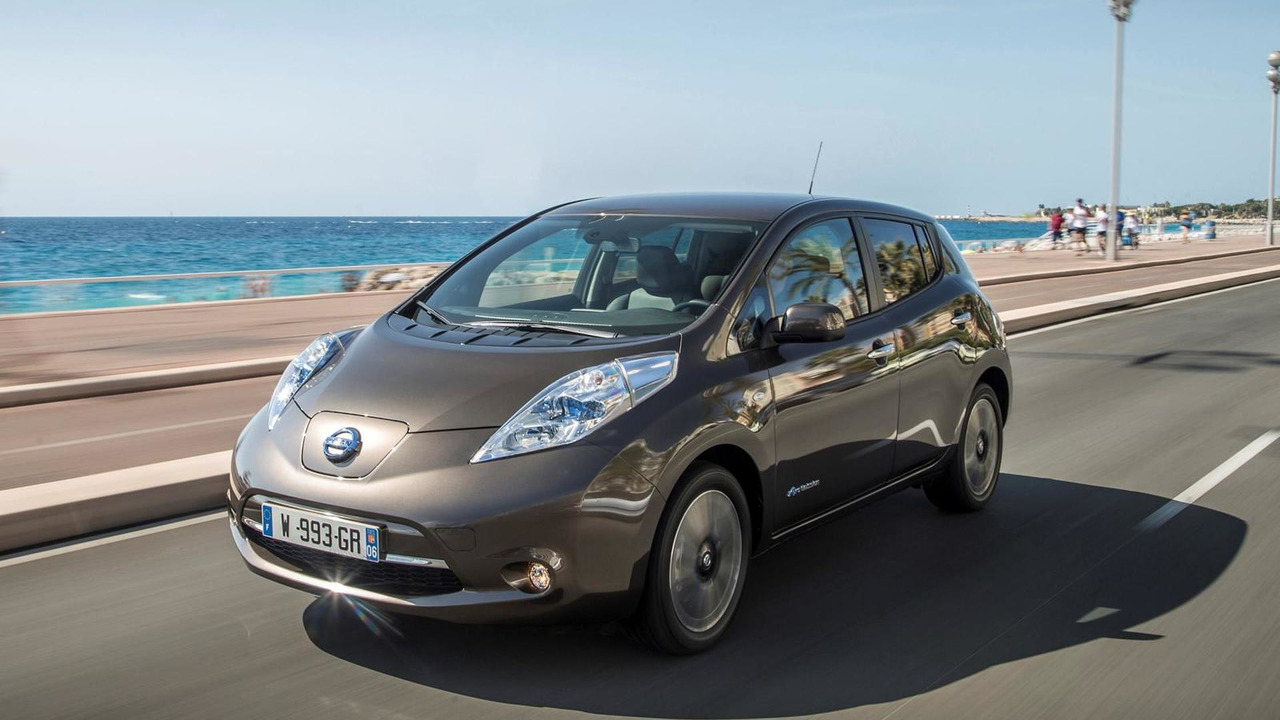 The Nissan Leaf has reached 2016 model year in UK where it's gaining a bigger 30 kWh battery that will significantly boost range.

The Nissan Leaf has reached 2016 model year in UK where it's gaining a bigger 30 kWh battery that will significantly boost range.

There were some rumors about the Leaf getting an increased range before the arrival of a second generation model and now Nissan has made the news official by introducing a 30 kWh battery pack which will be sold alongside with the existing 24 kWh unit. This new lithium-ion battery brings an increase in range of around 25% which means the Leaf will be able to travel for as much as 250 km (155 miles) before running out of juice.

By "bigger" we are referring to its capacity as the battery's physical size is exactly the same as the current 24 kWh. It is 21 kg (46 lbs) heavier and features carbon, nitrogen and magnesium in the electrodes to enhance performance. Nissan will be offering this new battery with an 8-year / 100,000-mile warranty and they say it's compatible with rapid chargers (3 phase, 400V).

The 2016 Nissan Leaf 30 kWh will go on sale in UK this December from £24,490 in the Acenta trim which makes it £1,600 more expensive than the equivalent model fitted with the smaller 24 kWh battery. Keep in mind the 30 kWh model is not available in the entry-level Visia trim as Nissan UK will offer the battery only on the mid-range Acenta and the range-topping Tekna (from £26,490).

As a final note, those would rather wait for the second generation Leaf should know that Nissan CEO Carlos Ghosn has said it will have a maximum range of around 400 km (249 miles). There’s no word about a launch date, but most likely it will be out late next year or early 2017.