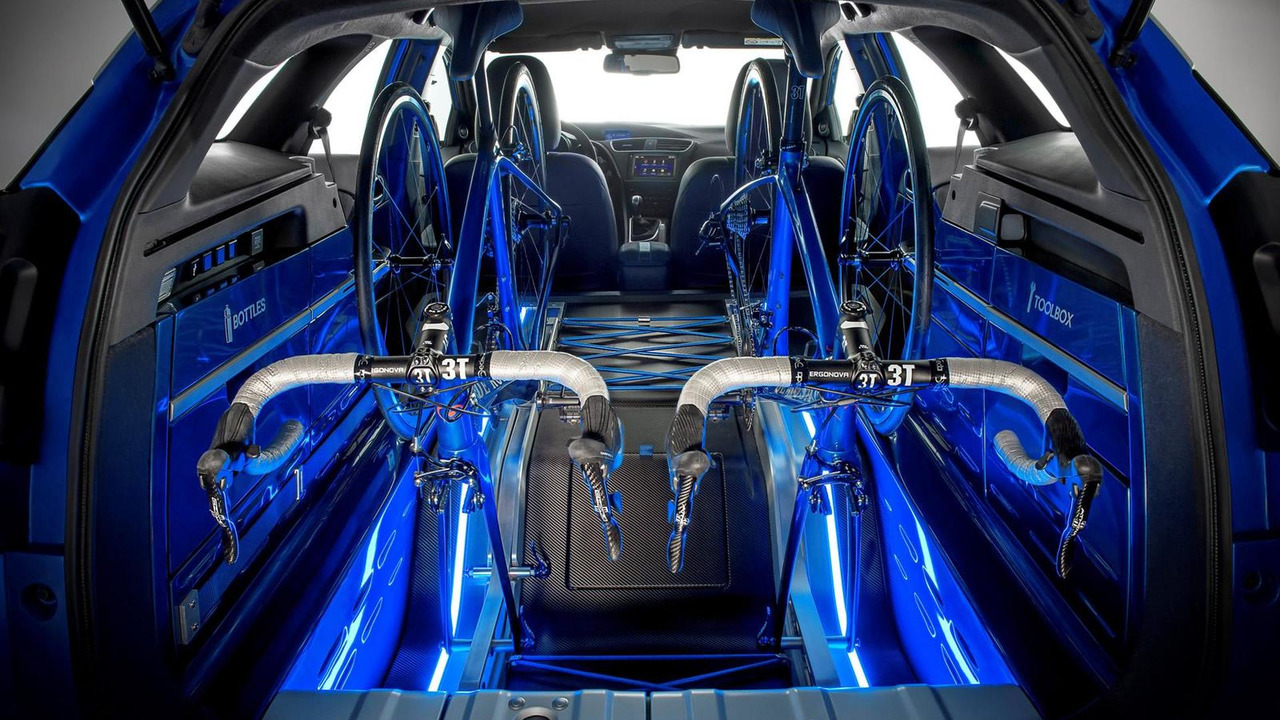 Honda will be displaying at the Frankfurt Motor Show the Active Life concept based on the Civic Tourer.

Honda will be displaying at the Frankfurt Motor Show the Active Life concept based on the Civic Tourer.

This new concept represents Honda's way of demonstrating the high versatility of its Civic wagon which has a maximum cargo capacity of 1,668 liters (up to roof lining) with the rear seats folded. The Active Life comes with a specially developed smart loading rack that boasts a retractable arm that can be extended to grant easier access to the two bicycles. Other goodies implemented include an air pump, retractable bench and a tailgate-mounted large light useful when you want to work on your bike during the evening.

Honda has equipped the Civic Tourer-based concept with plenty of accessories such as a bottle holder, toolbox, water tank, extended shade area and a front wheel holder. You will also notice the roof-mounted box that has a "special aero shape" created to accommodate cycling-related items like helmets and shoes.

It's wearing a bespoke paint with gun metallic accents on the lower area of the car which is contrasted by the silver roof. The vehicle sits on new 18-inch alloys and there's a different rear bumper design while the interior cabin has gained blue stitching and a black headliner. Honda wrapped around the front seats in suede and leather along with a carbon tape with blue piping.